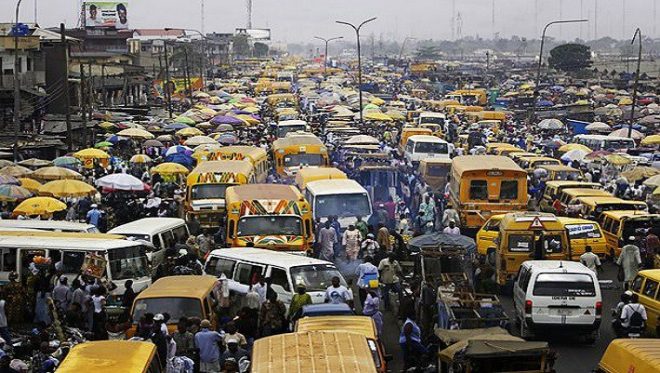 A July report on the toxicity of fuel blends shipped from Europe to West Africa brought new attention to the long-standing problem of lower road fuel quality on the continent, where the rise in vehicle traffic and the choking fumes with it add to air pollution woes in cities like Lagos.

The report from the ILT in the Netherlands – the country’s environment and transport agency – focused on an investigation of 44 loaded tankers that delivered road fuels to Nigeria, Ghana and other African countries, with 300 times more sulphur and twice as many cancer-causing hydrocarbons as the EU allows. The Dutch report followed similar investigations that have exposed the problem in the past.

The ILT looked at products destined for West Africa from companies in the Netherlands, surrounding European nations, Russia and the United States. Fuel traders store product in tanks at oil terminals before mixing it during the tanker loading process, using blends that are unacceptable to developed nations. Yet the low-value blends meet fuel requirements at their destination that are a lot less strict.

“The shipping of dirty fuels to West Africa has been nothing short of an environmental and public health scandal. The notion that some parts of the world don’t deserve the same kind of health protection as others is simply shocking,” said UNEP chief Erik Solheim in response to the study. “The industry players also have a critical role in raising the bar. Substandard products should not be sold even if they meet national standards.”

The Dutch findings seemed to draw a consensus among environmental organizations, advocacy NGOs and the United Nations that the West should stop dumping low-quality fuels on the African continent. What was less obvious is how African governments themselves are making progress and enacting tighter rules for fuels.

An analysis of the fuels shipped to West Africa showed vast differences between what’s accepted in gasoline and diesel fuels in the EU and what Ghanaians or Nigerians are getting. The European standard for sulphur in road fuels, for example, has been at 10 ppm since 2009. That 10-15 ppm range also applies in the U.S. and Canada, Russia and others, according to global consulting firm Stratas Advisors.

During Africa Clean Mobility Week in Nairobi in March, the oil & gas industry experts presented a detailed map of the comparable standards across Africa. Only Morocco-Western Sahara held to the same European standard for diesel, but not for gasoline.

Some nations, including Nigeria, Ghana, Benin and Burkina Faso, allowed sulphur in gasoline products in excess of 500 ppm, but this is not just West Africa’s environment and health problem. The same holds for South Africa, the Democratic Republic of Congo, Ethiopia and Madagascar – and numbers get worse, much worse, for on-road diesel products.

In the EU, benzene levels in gasoline may exceed no more than one percent. The Dutch study found product streams from western chemical industries destined for West Africa with more than 40 percent of benzene intentionally added to the gasoline. This was true despite the fact that benzene is a known carcinogen. Manganese, banned entirely in the EU, was present in “basically all investigated gasoline blends,” the ILT said, and blends were loaded with polycyclic aromatic hydrocarbons (PAHs) too.

There’s been a push from environmental advocates, public health campaigners and other civil society actors – notably in Ghana, Nigeria, Mali, and Côte d’Ivoire – to demand better fuel products. That’s with good reason: According to data from a NASA study presented in December 2017, pollution and poor air quality are now killing more Africans than AIDS/HIV. That’s from all sources, including smoke from fires and the Saharan dust responsible for 1.2 million premature deaths each year. Yet some 324,000 Africans are dying from vehicle and industrial emissions annually, ranking it between meningitis and malaria.

Many governments in Africa are stepping up to enforce tougher standards. Zimbabwe and Mozambique lowered their sulphur levels for either diesel, gasoline or both to 50 ppm this year, while Uganda, Kenya and Tanzania have the same threshold for diesel that’s consistent with the East African Community’s standards for reducing particulate matter and pollution. Nigeria and Ghana have eyed the same target,

Last month, the Economic Community of West African States (ECOWAS) welcomed representatives of 12 nations from its 15-member base to Abidjan and the first regional meeting focused on harmonizing fuel standards. Importing cleaner, low-sulphur fuels was high on the list of goals, in keeping with the prior Abuja agreement to reduce the sulphur level to 50 ppm in all fuels imported across ECOWAS nations. The Southern African Development Community (SADC) also is following a UNEP-led regional approach.

Yet as African nations move toward implementing better fuel standards needed to meet their climate goals – or adopting alternatives – the West also needs to step up and stop selling substandard products there.

Officials in The Netherlands have made a significant first-step commitment to enforcement, after finding that producers do not comply with European chemical controls, even if sale abroad is legal. The ILT will continue investigations, and file criminal charges when necessary, it said. Now it’s time for the rest of the world to step up behind them and ensure that Africans now demanding the same fuels as other countries will get them.