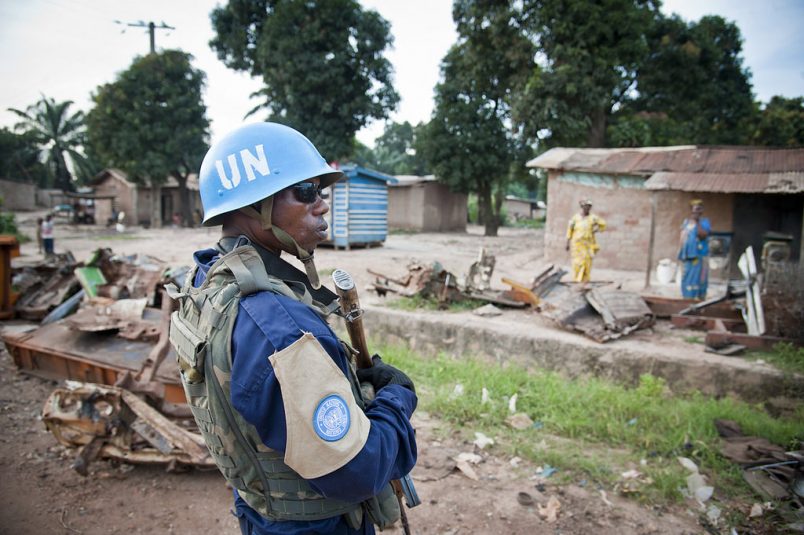 Armed groups in the Central African Republic who have been meeting with a team of African Union experts say they’re willing to work with the government on a peace deal, but that comes with a list of demands that include a power-sharing agreement and amnesty for rebel fighters.

That’s according to the Network of Journalists for Human Rights in C.A.R. (RJDH), a media NGO based in Bangui that has seen the documents with some 90 priorities listed by armed-group leaders. Some of the rebel demands run counter to principles established in the 2015 Bangui Forum, the RJDH said.

On the list are 12 non-negotiable items, including the power-sharing and amnesty provisions. The rebel groups say they’ll participate in a national dialogue process, but they want it held in a neutral country and expect it to lead to state and constitutional reforms.

The African Initiative for Peace and Reconciliation, led by the AU, held its first round of consultations with 14 rebel groups in February in seeking to end the violence among groups that emerged from the Seleka and anti-balaka forces.

The attacks on C.A.R. villages continue with frequent reports of mass fatalities, looted and burned villages, and some 608,000 people internally displaced as of June. It’s also among the world’s most dangerous locations for peacekeepers and humanitarian aid workers. There are 205 incidents of attacks on aid workers reported so far this year, with the most recent fatality reported in Alindao on August 1.