Home>In Depth>After Trump Twitter debacle, U.S. doubles down on SA land expropriation
By AT editor - 24 August 2018 at 6:18 am 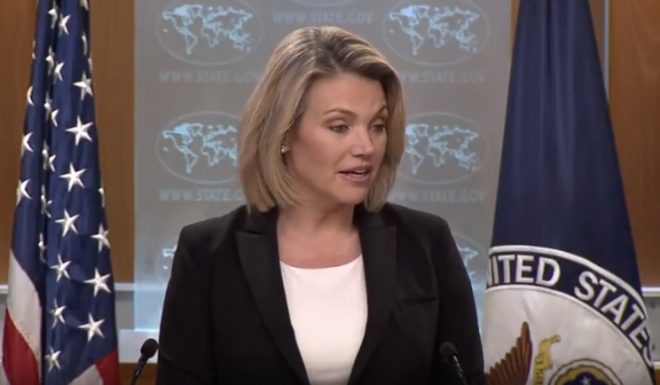 It was only Wednesday that President Cyril Ramaphosa, speaking to South Africa’s National Assembly, answered lawmakers’ questions about land reform and distribution. He spoke of the need to heal the historical wounds of land dispossession familiar to South Africans of all races, and again confirmed that land expropriation – when necessary – is part of the nation’s strategy for social and economic development.

That’s been the case for years, as South Africans seek to remedy the injustices of the apartheid era and land possession laws that date back more than a century to the 1913 Native Lands Act. The African National Congress decision in February to accelerate the process has sparked bitter and often racial division, over what some call Zimbabwe-like “land grabs” and others see as restoration of rights.

Just hours later, in a message that drew gasps across the world, the uninvited and frequently boorish United States President Donald Trump inserted himself into South Africa’s difficult conversation about land reform with an explosive tweet. Worse still, it was based on information framed by white advocacy groups like the Pretoria-based AfriForum, which toured the U.S. in May in hopes of advancing its cause.

Those lobbying efforts appear to have worked.

“I have asked Secretary of State (Mike) Pompeo to closely study the South Africa land and farm seizures and expropriations and the large scale killing of farmers,” Trump said. “South African Government is now seizing land from white farmers.” His message included references to Fox News reporter Tucker Carlson’s commentary – a view that Carlson stayed committed to on Thursday when he took to the air.

“More than a quarter-century after the end of apartheid, South Africa once again (is) becoming a place where an entire group of people is targeted for discrimination and violence on the basis of their skin color,” Carlson said, again speaking of white landowners as the targets. “We oppose that obviously, it was wrong 25 years ago and it is wrong now. It is wrong wherever and whenever it happens.”

Yet Fox News wasn’t alone in refusing to back down, despite data that conflict with any assertion that white farmers are subject to “large scale killings.” They’re not, according to a number of investigations, including an Australian report in April after that country’s Home Affairs minister made a similarly wild claim about 400 white farmers being killed in “a very serious situation developing in South Africa.”

Spokeswoman Heather Nauert, speaking during Thursday’s daily press briefing at the U.S. Department of State, defended Trump’s contentious position. “The expropriation of land without compensation, our position is that would risk sending South Africa down the wrong path,” Nauert said, brushing off questions probing racism. “We continue to encourage a peaceful and transparent public debate about what we consider to be a very important issue and South Africans certainly do as well.”

For their part, the South African government’s response to Trump’s less-than-diplomatic remarks was swift and measured. “South Africa totally rejects this narrow perception which only seeks to divide our nation and reminds us of our colonial past,” it said.  The government added that South Africa – painfully aware that it has long been involved in a land reform process that hasn’t achieved its targets – will speed up the pace of land reform in a “careful and inclusive manner that does not divide our nation.”

Nauert said she was aware of reports that South African officials also summoned U.S. charge d’affaires Jessye Lapenn to protest Trump’s remarks, since there currently is no U.S. ambassador to South Africa.

AfriForum and other South African white nationalist groups praised Trump and groups like Fox News and the Cato Institute, a conservative Washington think tank the anti-expropriation leaders lobbied during their American tour.

Earlier this week, Cato policy analyst Marian Tupy called on Trump to “warn South Africa on land expropriation” and consider a suspension from the African Growth and Opportunity Act (AGOA).

“An attack on property rights will result in the destruction of South Africa’s farming community, dramatic reduction in agricultural productivity, and mass unemployment,” Tupy said, drawing a straight line to Zimbabwe’s experience. “It could also lead to a collapse of the banking sector (which depends on land as collateral for loan-making) and the local currency, hyperinflation, and even bloodshed.”

Tupy argues that because the U.S. played an instrumental role in South Africa’s 1990s-era transition at the end of the apartheid era, the U.S. “bears some responsibility for ensuring that South Africa’s post-apartheid political settlement, including protection of minorities and private property, endures.” That should include congressional hearings if South Africa persists with “destructive” policies.

“Considering that South Africa is in breach or is about to breach a number of requirements for membership of AGOA, the president should act by issuing a preemptive warning to the South African government,” the CATO statement said.

And so Trump did, in a tweet that – as is so often the case – was based on selective information, and articulated in a tone-deaf and authoritarian manner about the affairs of other nations. It’s created a diplomatic firestorm, but it hasn’t helped South Africans move forward in making land reform decisions and building a just society.

That process remains at the consultation stage, and as South African politicians responded to the Trump debacle, it was left to Deputy President David Mazumba, speaking Thursday at a farmers’ land summit, to pick up the pieces. He distanced the ANC plans from “land grab” language, and said all South Africans are “in this together” as he vowed to move forward.

“We would like to discourage those who are using this sensitive and emotive issue of land to divide us as South Africans by distorting our land reform measures to the international community, and spreading falsehoods that our ‘white farmers’ are facing the onslaught from their own government,” he said.

“This is far from the truth.”