Home>News>Mnangagwa 'not surprised' as Zimbabwe court rules on election
By AT editor - 24 August 2018 at 6:02 pm 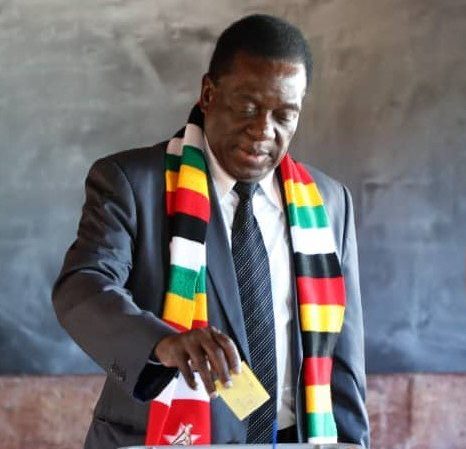 A planned inauguration for President Emmerson Mnangagwa will be held on Sunday, now that Zimbabwe’s Constitutional Court has ruled his July 30 election will stand.

Court Justice Luke Malaba presented the decision in favor of Mnangagwa, who won with 50.8 percent of the vote over Nelson Chamisa, the Movement for Democratic Change Alliance candidate challenging the results. Chamisa claimed the election results were unlawful, wanted the results set aside and appealed to the court to declare him winner in a legal filing on August 10.

“Allegations were made that the results announced were incorrect and did not reflect the true will of the people of Zimbabwe,” Malaba said, in reading a decision that focused on the MDC Alliance’s inability to prove that the election of Mnangagwa should be set aside.

“The court finds that the applicant has failed to press before it clear, direct, sufficient and credible evidence that the irregularities that he alleges marred the election process materially existed,” Malaba said. “In other words there was no proof of the happenings of these irregularities as a matter of fact.”

The MDC acknowledged the court decision, but still claimed a Chamisa win. “As a party, we believe in the rule of law and we respect the verdict of the courts; more so the verdict of the people Zimbabwe who overwhelmingly voted for President Nelson Chamisa for transformation; for opportunities and for prosperity,” the MDC said.

In his response, Mnangagwa said his Zanu PF party was not surprised by the court’s decisions.

“We have independent courts and we promised to respect their decision,” he said. “The election results were firmly in line with all the pre-election polling, and were entirely consistent with the final tally of ZESN, the largest body of independent observers.”