Home>News>DRC election: CENCO bishops express concern over credibility
By AT editor - 29 August 2018 at 5:38 am 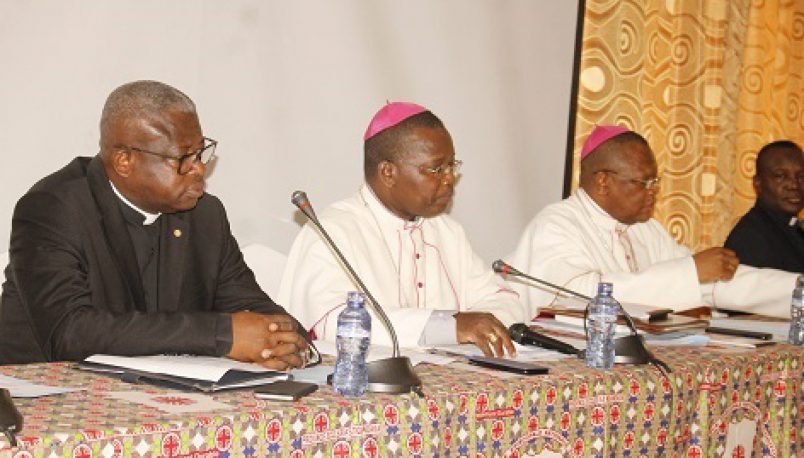 In the Democratic Republic of Congo, the influential National Episcopal Conference of Congo (CENCO) bishops said Tuesday that they are mobilizing thousands of Congolese volunteers to help monitor the elections set for December.

The Roman Catholic organization, which has helped to lead peaceful protests against President Joseph Kabila’s regime and broker a 2016 deal to move toward elections, said it plans to deploy 1,026 long-term observers and 40,000 short-term observers. CENCO is counting on the country’s electoral commission to  accredit observers they say will be well-trained and help to prevent post-electoral violence.

Yet the statement also raised red flags, many of which also trouble international observers. They include the credibility of the voter registration process, the use of voting machines, and the arbitrary exclusion of candidates.

In the presidential race, exclusion has been the case for Moïse Katumbi, the Together for Change candidate who was barred from returning to the DR Congo ahead of the August 8 filing deadline. Another six candidates were deemed ineligible on Friday, including Movement for the Liberation of Congo (MLC) party candidate Jean-Pierre Bemba. Bemba has filed a legal appeal over his eligibility.

The United Nations Security Council heard from CENCO Archbishop Marcel Utembi on Monday, along with the UN’s MONUSCO mission chief Leila Zerrougui. She noted that Kabila has agreed not to run for a disputed third term; the PPRD’s Emmanuel Ramazani Shadary was nominated instead.

Yet the targeting of political activists and human rights defenders adds additional concern to the credibility of elections, she said, as does the ongoing security situation in parts of the country.