Home>News>Zambia's national dialogue still on hold over leadership
By AT editor - 29 August 2018 at 2:24 am 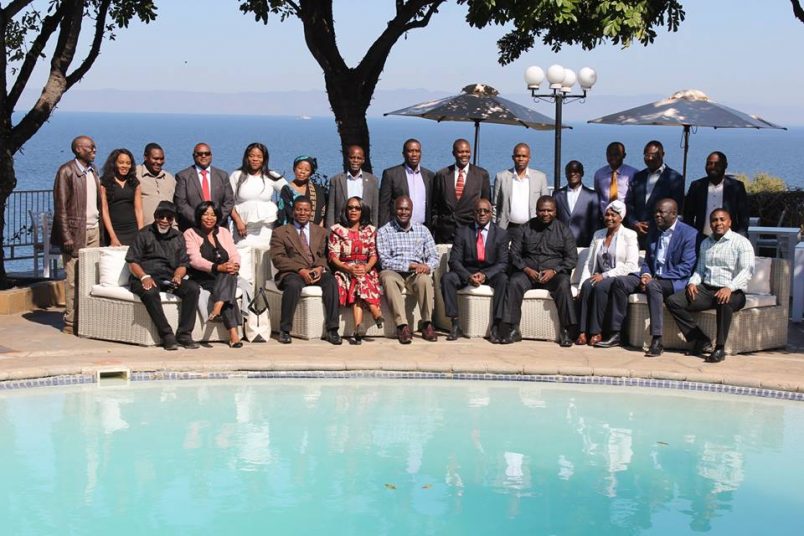 Zambia’s national political dialogue has hit a few bumps since a June summit of party leaders in Siavonga agreed to a roadmap for an inclusive process ahead of presidential elections in 2021.

The Zambia Centre for Interparty Dialogue (ZCID) has been working on the dialogue process since last year, under pressure to address tensions that led to electoral violence in 2016 and a later state of emergency imposed by President Edgar Lungu.

It followed ongoing conflict between Lungu’s Patriotic Front (PF) party and the opposition United Party for National Development (UPND), which continues to pop up in politically motivated clashes in Zambia.

Most recently, a bus carrying Zambian Vice President Inonge Wina to a rally in Kamalamba was ambushed by PF supporters on Monday, according to Zambia’s Electoral Commission. One person was injured but is “out of danger,” the ZEC said. “Quick action by police stabilized and calmed the situation.”

There’s tension in the western village of Kaoma, too, where the UPND and PF are removing each other’s campaign posters and using hostile speech, the ZEC said. A local meeting is planned for Wednesday to address that issue, but these incidents underscore the problems the political dialogue is meant to address.

Yet there’s been no progress since June because the dialogue was to be chaired by the country’s “church mother bodies.” In Zambia, that’s an ecumenical group that includes the Zambia Conference of Catholic Bishops (ZCCB), Council of Churches Zambia (CCZ) and Evangelical Fellowship of Zambia (EFZ).

That decision followed concerns that the ZCID was not independent and impartial enough, and should remain in a facilitation role. Now, however, the church group is accused of moving ahead with its own dialogue process, a situation the ZCID addressed during a press conference last week.

“The Zambian people are extremely fatigued by the rhetoric that has surrounded the preamble of the national political dialogue process,” the ZCID said. “It is time to put words into action that will safeguard the interests of Zambians.”

The ZCID said it plans to move forward with the agreed-upon format, and will announce dates as soon as all Zambian political parties provide the names of participant-leaders. UPND has not done so, they said.