Home>News>As Africans recall the missing, Buea mayor accused of endorsing abductions
By AT editor - 30 August 2018 at 7:03 am 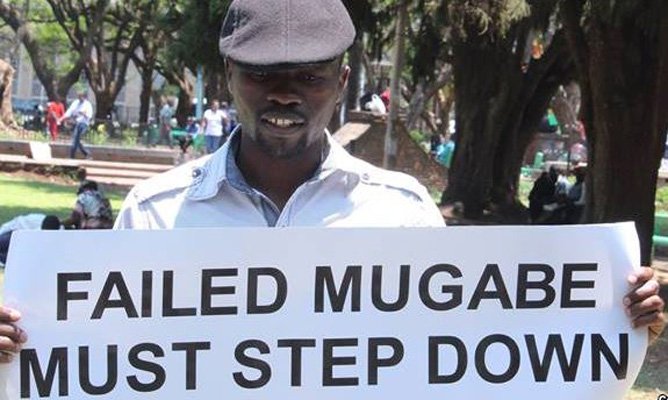 In Zimbabwe, it has been more than three years since human rights activist Itai Dzamara was abducted at gunpoint. The next year it was his brother, Patson, who went missing. The difference between the two is that Patson came back but Itai never has.

Their stories are achingly familiar to people around the globe who commemorate today the United Nations International Day of the Victims of Enforced Disappearances. The problem is widespread, according to Meenakshi Ganguly of Human Rights Watch.  At least 56,363 cases of enforced disappearance have been logged across 112 countries since the UN Working Group on Enforced or Involuntary Disappearances began in 1980.

Across the African continent, the disappeared are remembered by family and friends who persist in demanding answers. Women in the Cameroon city of Buea gathered Wednesday to demand an end to civil conflict that has left many dead and many more detained.

Meanwhile the city’s mayor, Ekema Patrick, is accused of calling for the abduction of activists’ families to end the country’s Anglophone crisis during a Wednesday speech at CRTV news – an all-too-plausible allegation, as dozens of Cameroonians have disappeared in documented cases spanning two years now.

South Africans are looking for a friend who went missing in Rwanda in February after criticizing President Paul Kagame. In Burundi, Iwacu journalist Jean Bigirimana is still missing after security forces arrested him two years ago. Egypt, Eritrea – Wednesday marks the day they are all remembered.

“Disappearances are a particularly egregious form of human rights violation,” Ganguly writes. “The victims, removed from legal protections, remain at the mercy of their captors, at severe risk of torture or inhumane treatment, and of extrajudicial killings. Even those that are released suffer physical and psychological trauma, almost always fearing retribution if they do speak out or seek justice.”

To learn more about enforced disappearances, check this link.