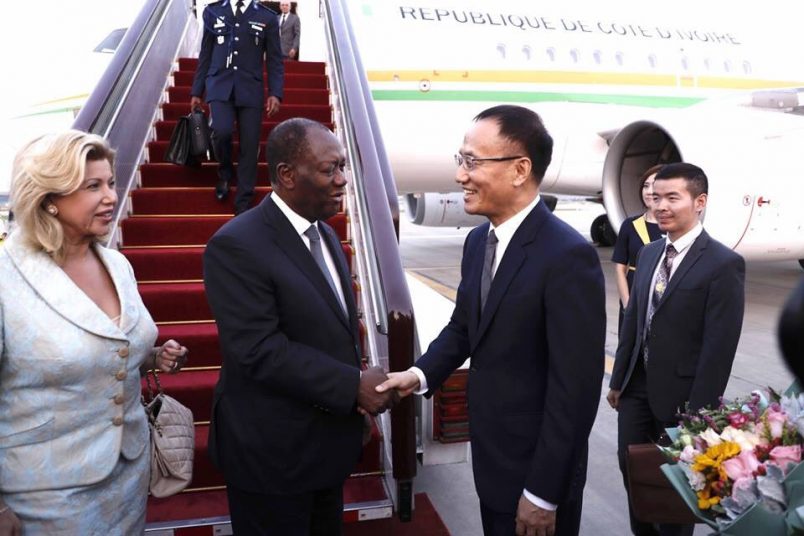 Five African heads of state have started to arrive in Beijing ahead of the Forum on China-Africa Cooperation (FOCAC) summit, which begins on Monday.

Ouattara arrived on Wednesday with a delegation including Foreign Minister Marcel Amon-Tanoh and will stay through the end of the summit on September 4. The Côte d’Ivoire leader views his visit and the two-day FOCAC summit, to be led by Chinese President Xi Jinping, as an opportunity to advance South-South cooperation.

Maada Bio will arrive on Thursday on his first visit to China after winning Sierra Leone’s election in April. Kaboré also begins his stay on Thursday, and told Xinhua that the trip is an important mission for African leaders as they build their relationships with China.

“We don’t have any regrets about this existing China-Africa cooperation, which is developing day by day in favor of our respective peoples,” Kaboré said, praising China’s Belt and Road vision and its role in African development. “Africa has chosen China … It is our choice and we stick to that.”

The FOCAC summit will focus on advancing trade and economic development and building a shared future, according to Chinese Foreign Minister Wang Yi.

“During the summit, we will adopt the Beijing Declaration and the Beijing Action Plan, a number of bilateral cooperation agreements will also be signed, which will give a plan for China and Africa cooperation in the next three years and beyond,” he said.