Home>News>Libya prison denies escape reports as Tripoli deals with security crisis
By AT editor - 3 September 2018 at 3:50 am 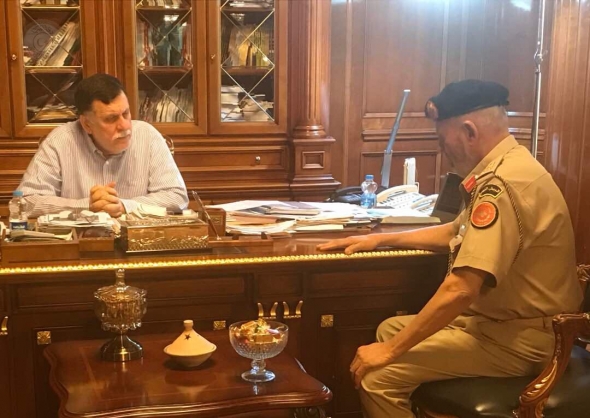 The internationally backed Government of National Accord in Libya (GNA) declared a state of emergency and the United Nations (UNSMIL) has called for an emergency meeting on Tuesday as the country’s security crisis escalates in and around Tripoli.

Fighting in Ain Zara on the southern outskirts of the city led residents to flee Sunday, as media outlets reported some 400 political prisoners escaped from a corrections facility there amid the chaos.

That account, with information originally released by Libyan authorities, was later refuted by the prison facility itself. The Ain Zara institution “denies these rumors,” it said in its statement. “Security conditions are very good at the institution and there were no security breaches.”

The conflicting reports added to the confusion in this latest round of violence, which began on August 26 in the city’s southern suburbs between armed groups historically aligned with the internationally backed Government of National Accord based in Tripoli.

An update from the Libyan Ministry of Health on Friday said most of the 39 dead and more than 100 injured are civilians. Those numbers continue to grow, and the ministry asked Sunday for the public to help by notifying its office of additional casualties.

The fighting also forced the closure of Mitiga Airport and left hundreds more stranded when it came under rocket fire. Monday flights were still leaving from Misrata, according to schedules posted by the airport staff, although the initial closure was for 48 hours.

Head of the GNA Presidential Council Fayez Al-Sarraj met with his defense minister, Uhida Najem, to discuss military and security cooperation. He said last week that his government is not responsible for the bombings and was surprised by the attacks on civilians.

On Saturday, the governments of France, Italy, the United Kingdom and the United States expressed concern and an appeal for calm. Their ambassadors and chargés d’affaires said the clashes are destabilizing the political situation in addition to endangering civilian lives.

They reaffirmed support for the United Nations dialogue process led by SRSG Dr. Ghassan Salamé, and condemned the pursuit of political aims through violence. Salamé and his staff met with Tripoli Mayor Abdelraouf Beitelmal and Hashem Ben Youssef, mayor of the adjacent Souq al Jum’aa, at UNSMIL headquarters on Saturday to discuss the crisis.

Libya has planned presidential and parliamentary elections for December 10, but it remains far from certain that timeline is realistic given the country’s ongoing security challenges.