Home>African Future>Ramaphosa, Sall help to close out FOCAC summit
By AT editor - 4 September 2018 at 6:00 pm 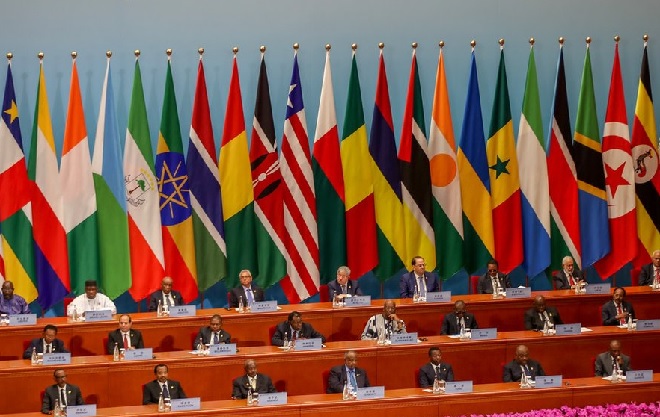 The summit issued the Beijing Declaration (Toward an Even Stronger China-Africa Community with a Shared Future) to advance their alignment, Xi said. A shorter FOCAC Beijing Action Plan, with a vision running through 2021, also was adopted.

Both are designed to place the goals of the African Union Agenda 2063, as well as United Nations sustainable development goals (SDGs), alongside and within China’s Belt and Road Initiative ambitions.

In his formal FOCAC address, Xi noted the impact of China’s USD$60 billion on African development in security, trade, infrastructure and health care, among others.

Chinese companies are encouraged to make at least $10 billion of investment in Africa in the next three years, Xi added.

The FOCAC agreements build on well-established trade relationships between Africa and China worth US$170 billion in 2017. That’s up 14.1 percent over the previous year, according to China’s Ministry of Commerce, at a time when the United States is pulling away from a global economic vision – a point Xi addressed with sharp precision during the July BRICS summit in Johannesburg.

A 2017 McKinsey report projects a $440 billion Africa-China opportunity by 2025. An estimated 10,000 Chinese firms already operate in Africa, according to the “Dance of the lions and dragons” report linked here.