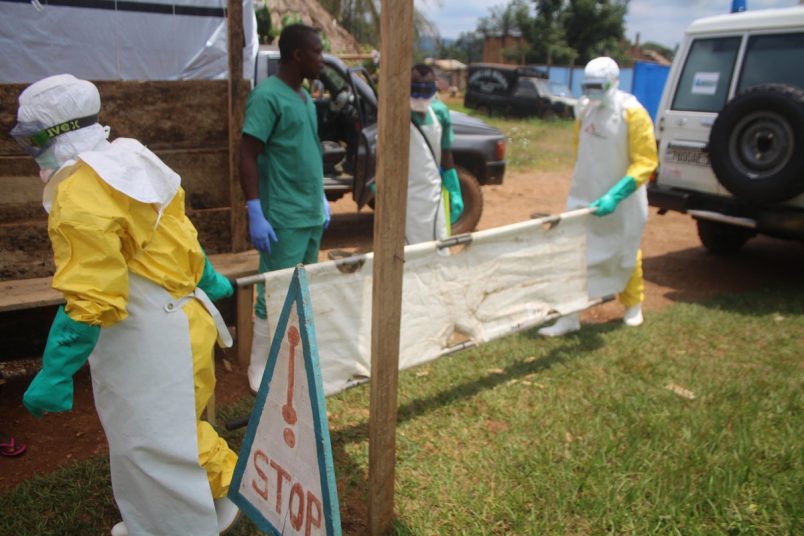 The Ebola death toll jumped to 87 in the Democratic Republic of Congo, as the country’s Ministry of Health was confronted with a new challenge: a confirmed death in Butembo, a city of 1.4 million people.

“Local authorities are focusing on how to enforce preventive measures,” said Sylvain Kanyamanda, the city’s mayor, noting a response at city entrances and campaigns to vaccinate residents in the face of fears the virus will spread.

The person who died came from the Ebola hotspot of Beni, where he refused treatment and fled to the neighboring Butembo about 58 kilometers away. He died at Butembo University Hospital. Both cities are on the western edge of the Virunga National Park, in the volatile North Kivu region.

“The good news is the case was detected quickly, with response already in place and expanding,” said Dr. Peter Salama, the World Health Organization Deputy Director General for Emergency Response. “The bad news is (the case) increases risk of further spread, and having Ebola in an urban center makes ending the outbreak much harder.”

The WHO, the Congolese health ministry and NGO officials are working to contain the outbreak in the North Kivu and Ituri provinces. Most of the fatalities have been in Mabalako, where 63 people have died. The fatalities rose to 16 in Beni, with another three fatal cases reported in Mandima, the cases in Butembo, and the remaining deaths in four other areas.

The eastern conflict zones present a response challenge to the Ebola outbreak. Health workers are restricted from entering some high-risk areas, leaving holes in Ebola management and containment.

Dr. Tedros Adhanom Ghebreyesus, World Health Organization Director General, said last week that the Ebola battle in DR Congo is far from over and was entering a pivotal period in hopes of containing the outbreak.

The Congolese health ministry said Wednesday that 6,343 people are now vaccinated, more than half of them in Mabalako.