Home>News>Libya: Haftar warns Algeria, calls Italy an enemy and vows to liberate Tripoli
By AT editor - 9 September 2018 at 11:34 pm 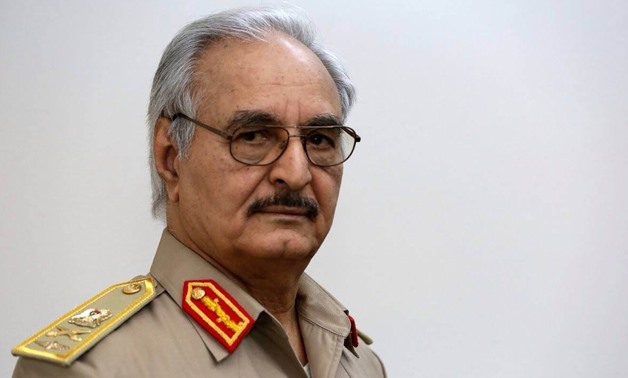 Khalifa Haftar, head of the Libyan National Army, has in recent days threatened to move on Tripoli, retaliate against Algeria over allegations its military is crossing into Libyan territory, and called Italy an enemy of the Libyan people.

“Tripoli must be liberated and will not remain in spoiled hands,” Haftar said, according to the LNA spokesman on Saturday. “We will move towards Tripoli in the proper time.” 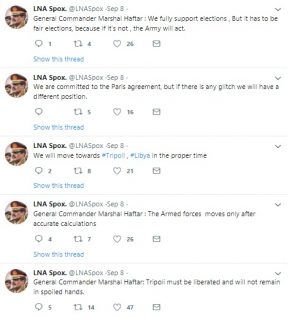 Haftar also vowed that the LNA will act if the eastern opposition feels that Libya’s election process is not fair. Libya has planned presidential and parliamentary elections for December 10, a process Haftar has supported, but it remains uncertain if that timeline is realistic in the face of ongoing security challenges.

Haftar’s eastern military regime opposes the United Nations-backed Government of National Accord (GNA), which is based in Tripoli. The city has seen a surge of violence that began August 26, leaving more than 60 dead. A ceasefire on Tuesday calmed tensions that reflect a setback for stabilization.

“The city stood on the brink of all-out war,” said UN special representative Ghassan Salamé during remarks to the UN Security Council last week, while warning of the dangers of predatory armed groups.

Haftar has not spoken out on Tripoli’s unrest until now. His reference to Italy, which hopes to broker peace talks ahead of the election, stems from Italy’s support of the GNA and Fayez Al-Sarraj, the head of its Presidency Council.

Meanwhile, Haftar also targeted Algiers and warned of retaliation after what Algerian authorities said was a brief military incursion into Libyan territory. There was no immediate response from Algerian diplomats.