Home>News>ICC responds after Bolton tirade on sovereignty, court authority
By AT editor - 12 September 2018 at 2:43 am 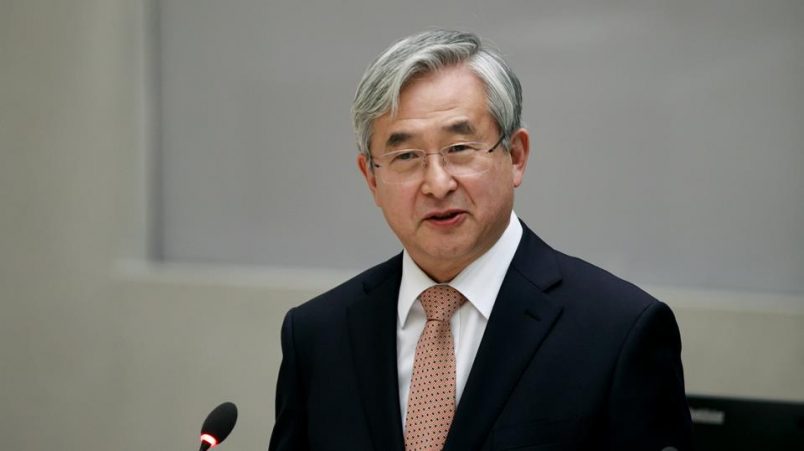 The International Criminal Court (ICC) affirmed the commitment of its member nations on Tuesday after John Bolton, the United States National Security Advisor, shocked the global community with the force of his speech against the ICC and its existence.

“We will let the ICC die on its own,” Bolton said. “After all, for all intents and purposes, the ICC is already dead to us.”

The ICC responded with remarks that did not mention the U.S., but refuted claims made by Bolton during his speech in Washington D.C., including the charge that the ICC violates state sovereignty. It’s a claim similar to those made by African nations, Burundi and Zambia among them, that have withdrawn from the treaty or considered doing so.

“The Court’s mandate is to help put an end to impunity for the most serious crimes of concern to the international community as a whole and to bring justice to those affected by such crimes,” said O-Gon Kwan, the South Korean justice now serving a three-year term as ICC president.

“One of the cornerstones of the Rome Statute system is that it recognizes the primary jurisdiction of States to investigate and prosecute atrocity crimes. The jurisdiction of the Court is only complementary to domestic jurisdictions,” he said.

There are 123 states who are party to the Rome Statute, with 33 of them on the African continent. In July, Nigerian President Muhammadu Buhari delivered the keynote address during a ceremony to mark the ICC’s 20th anniversary.

He said the ICC was needed now more than ever, but that’s not a widely shared sentiment across Africa. The ICC remains a contentious issue among African leaders, who have seen investigations target Sudanese President Omar al-Bashir and Kenya’s President Uhuru Kenyatta, and called for efforts to establish a new African Union court.

The sense that the ICC disproportionately targets Africans without holding countries like the U.S. accountable for any alleged crimes drives much of the resentment. Bolton made clear in his remarks that the U.S. rejects any ICC plans to launch an investigation into the actions of U.S. military personnel in Afghanistan, which have been in motion since November 2017.