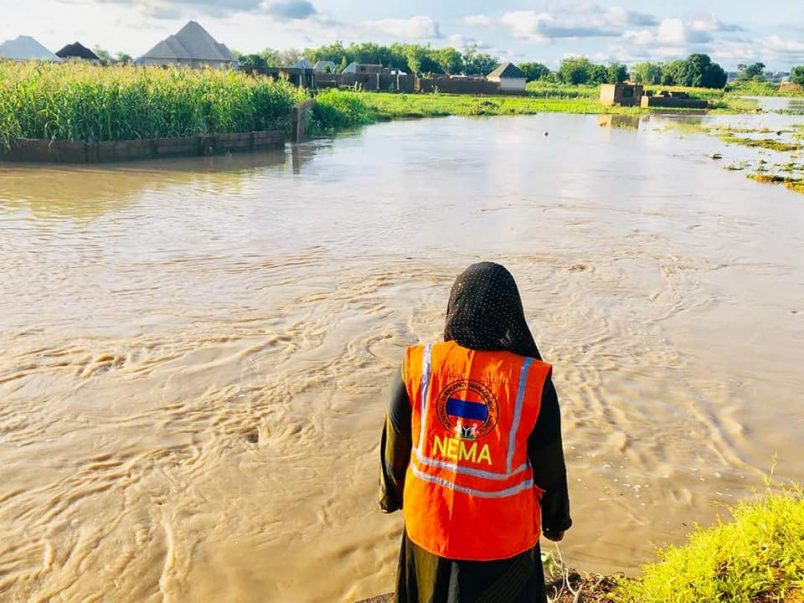 Nigeria has activated five emergency command centers to better coordinate the response to deadly flooding, which has claimed more than 100 lives along the Niger and Benue rivers in the country’s southeast.

The flooding has left some 600,000 people displaced, according to the European Union humanitarian aid office for emergency response. Hardest hit areas include Kogi, Niger, Delta and Anambra states, with additional fatalities in Katsina and Jigawa.

Authorities in Nigeria say it’s likely to get worse with more heavy rain forecast in the coming days, and concerns over water releases coming from Cameroon. The Nigerian Emergency Management Agency said late Sunday that floodwaters continued to rise. At the Lokoja confluence, where the Niger and Benue meet, the water levels had risen to 11.06 meters.

Some residents pleaded for help on social media, describing contaminated wells and destroyed crops that left them without food and water. Others shared images of people struggling with waist-deep water.

Help is on the way, Nigeria says. The five NEMA centers will support search and rescue operations in affected states, as well as assisting with humanitarian aid efforts. Their efforts will be coordinated by the command center in Abuja, where the NEMA director general and top executives will work on policy and operations for the affected states.

The five centers will cover:

A in Niger and Kwara

B in Kogi and Edo

C in Benue, Taraba and Adamawa

D in Anamabra and Delta

E in Rivers and Bayelsa