Home>Health>DRC sees improvement but Ebola risks remain
By AT editor - 17 September 2018 at 6:41 am 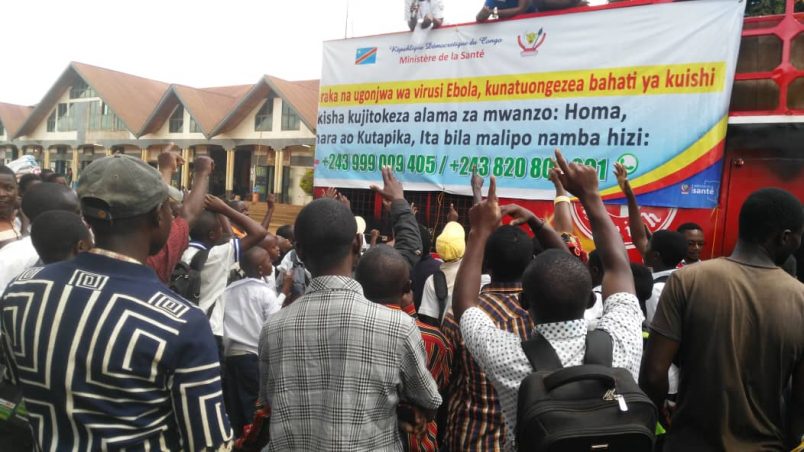 The situation with the Ebola virus disease (EVD) outbreak in the Democratic Republic of the Congo has improved, the World Health Organization says, but new cases continue to be reported and risks remain.

“There have been challenges with contact tracing activities due to the constant movement of people between health zones, individuals hiding when symptoms develop and reports of community resistance,” WHO said in its Friday update. “Risks are heightened by continued transmission in local health facilities because of poor infection prevention and control (IPC) measures, sporadic reports of unsafe burials, and the detection of cases in hard-to-reach and insecure areas.”

An update from the Congolese Ministry of Health on Sunday puts the case total at 142, with 111 confirmed infections and 31 probable. A total of 97 people have died.

Most of the fatalities have been in Mabalako, where 65 people have died. The fatalities rose to 23 in Beni, with the remaining cases spread across seven other communities. Nearly 9.000 people have now been vaccinated, most of them in Mabalako and Beni. More vaccinations are being administered in Butembo, a city of 1.4 million people that has now seen seven cases and three Ebola virus deaths.

Security risks remain a barrier in containing the outbreak.

“The security situation in North Kivu and Ituri continues to hinder the implementation of response activities,” said WHO. “Based on this context, the public health risk was assessed to be high at the national and regional levels, and low globally.”