Home>News>DR Congo sets final candidate list for December elections
By AT editor - 20 September 2018 at 3:02 am 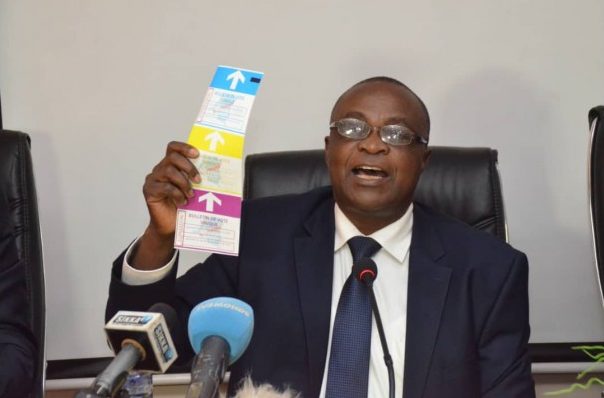 The electoral commission in Democratic Republic of Congo released on Wednesday its final list of certified presidential candidates, leaving 21 eligible to contest the December 23 elections.

They also included Felix Tshisekedi, son of the late opposition leader Etienne Tshisekedi and leader of the Union for Democracy and Social Progress (UDPS). Two candidates rejected by CENI but approved by the Constitutional Court also are included, while Jean-Pierre Bemba – who lost his court case to pursue candidacy earlier this month – was among those excluded.

Also banned from the contest was Moïse Katumbi, the “Together for Change” coalition party candidate prevented from entering the DR Congo in time to meet the August filing deadline.

Katumbi called the upcoming election a parody on Wednesday, one day after Congolese opposition leaders were joined by the African National Congress (ANC) in their concern over DR Congo’s instability and a shadow over a legitimate election.

Vital Kamerhe, the Union for the Congolese Nation (UNC) candidate, joined Katumbi, Tshisekedi, Bemba and other signatories to a document appealing to the 16-member Southern African Development Community (SADC) for support.

An appeal to the SADC also was made last week by the influential church leaders of the National Episcopal Conference of Congo (CENCO), who met with current SADC chairman President Edgar Lungu in Zambia to press for his assistance.

The December elections have been delayed for two years, as Kabila refused to step down following the 2016 expiration of his constitutionally determined presidential term. His decision touched off a political crisis marked by violence and instability.