Home>News>Mali: Beijing to send envoy for IBK inauguration ceremony
By AT editor - 21 September 2018 at 8:34 am 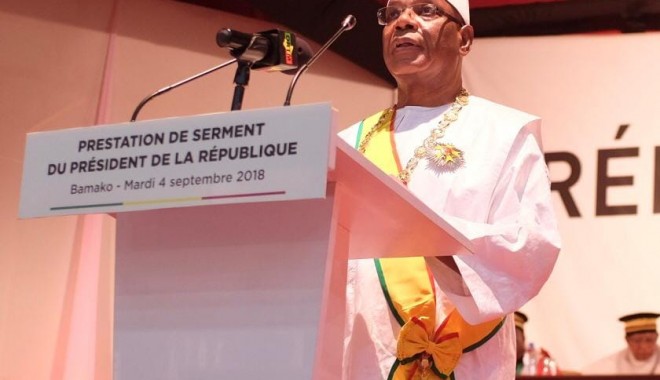 China confirms that it is sending a special envoy to Mali for President Ibrahim Boubacar Keïta’s inauguration on Saturday.

Zheng Jianbang, the Vice Chairman of the National Committee of the Chinese People’s Political Consultative Conference, will represent President Xi Jinping in Bamako at Keïta’s invitation.

“China and Mali enjoy profound traditional friendship,” the Chinese foreign ministry said, giving a nod to the 58 years the two countries have shared diplomatic relations. “The destiny of the Chinese people is closely connected with that of the people in Mali. China attaches high importance to the development of its ties with Mali.”

Beijing said that relationship flows into plans established during the Forum on China-Africa Cooperation earlier this month. The summit issued the Beijing Declaration (Toward an Even Stronger China-Africa Community with a Shared Future), as well as a shorter FOCAC Beijing Action Plan, with a vision running through 2021.

With Mali’s deepening security concerns, some analysts see China stepping up its assistance on the continent. Keïta, who was sworn in early this month ahead of this weekend’s ceremony, told Malians that security will be a high priority – but that’s been the case with limited success during his first term.

He has promised to so “in concert with our partners in Africa and around the world, including through the G5 Sahel, a real regional tool for cooperation for security and development.”