Home>Finance & Economics>Liberian activists call for mass protest over missing millions
By AT editor - 22 September 2018 at 12:59 am 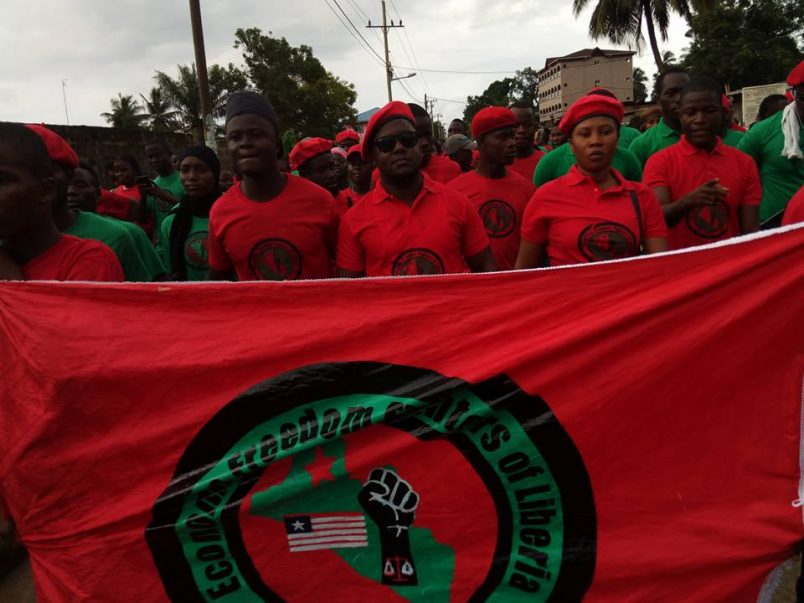 Opposition politicians in Liberia are calling for a nationwide strike on Monday, demanding accountability for the USD$103.4 million that officials say has disappeared from the country’s central bank.

Emmanuel Gonquoi is head of the Economic Freedom Fighters in Liberia (EFFL), which is modeled on the far-left EFF led by Julius Malema in South Africa. Gonquoi accused Weah of looting the country back in July, and in light of this new crisis wants schools and businesses closed as marchers demand to know what happened to Liberia’s money.

He’s been joined by another civil society leader who wants a full accounting, and that’s led police to speak with both leaders to determine their plans for the protest, Front Page Africa reports.

President George Weah, now facing protests in New York City as he attends the United Nations General Assembly, has promised a full investigation as both he and former president Ellen Johnson Sirleaf have denied that their administrations are responsible for the loss.

Liberia has been investigating the missing shipment of millions – about 5 percent of Liberia’s 2017 national GDP – since August. The new bank notes were shipped through the port of Monrovia and Roberts International Airport, but there’s confusion over when they went missing or if in fact they are. Johnson Sirleaf said in a Friday interview that there’s a complete report that Weah’s government is withholding.