Home>News>Uganda: Wine accuses Museveni on 'jaja' hypocrisy and human rights
By AT editor - 25 September 2018 at 3:56 am 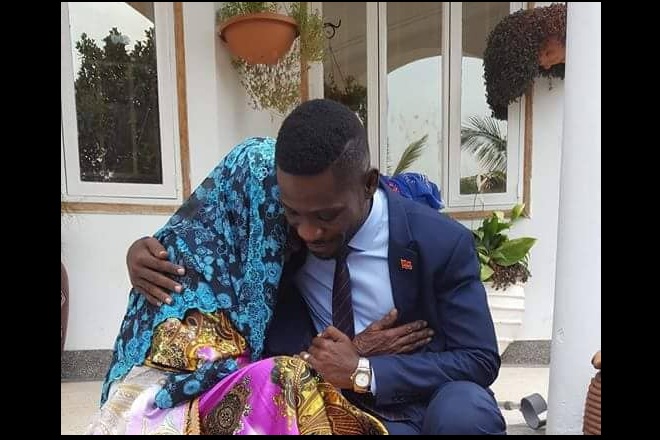 “How do you feel when you do this to your people?” asked Wine in the first comprehensive press appearance since returning to Uganda last week after medical treatment in the United States. The care was required following Wine’s August 13 arrest and injuries he says were caused by torture while detained.

“Would I be wrong to say that these violations are sanctioned by you?” Wine said, after recounting the deaths, arrests and attacks in recent weeks. “You have become a tyrant and turned us into fugitives in our own country. Last Thursday as I returned to Uganda, you turned Entebbe and Kampala into a war zone and our people were once again brutalized.”

Wine appealed for Museveni to genuinely care about the next generation, contrasting the president’s pride in his self-described “grandparent” status to that of the real love between the generations – a point he underscored by posting pictures of a visit with his own grandmother.

“Those who torture and maim the citizens of this nation must be called to order,” Wine continued. “Those who give such orders are cowards who must be exposed.”

Wine was whisked away from the airport to his home in Magere last week amid protests from his supporters. He was injured and charged with treason following the August 13 incident in Arua which claimed the life of his driver, Yasin Kawuma. The developments have forced the international community to raise new questions about Uganda’s leadership and human rights record.