Home>Health>Niger: NGO alarmed by high fatality rates from malaria
By AT editor - 26 September 2018 at 7:36 am 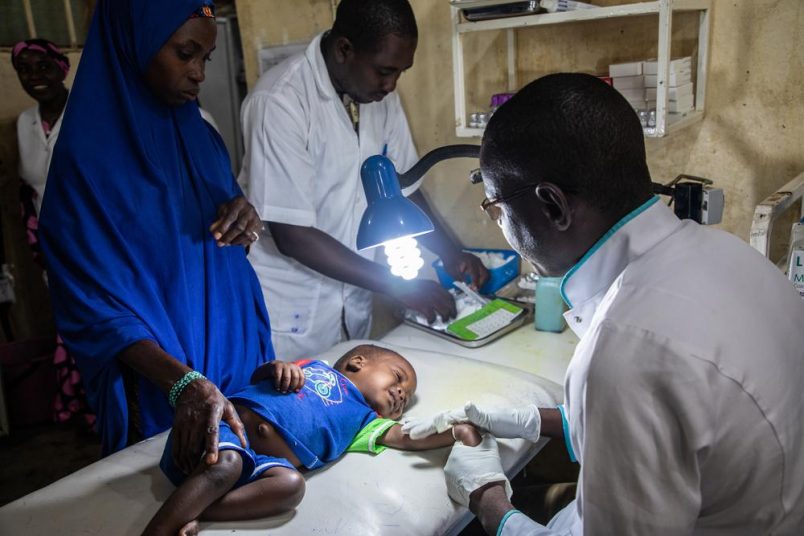 The twin challenges of malaria and malnutrition are proving a challenge in Niger, where health and humanitarian aid workers say 10 children per day died during the month of August.

“We have never seen anything like this before, and we fear it’s just the tip of the iceberg,” said Dr. Dorian Job, the Geneva-based Niger program manager for Doctors Without Borders. “Each year, at about this time, we expect a peak in malaria infections, as well as an incidence of malnutrition above emergency thresholds, but we haven’t seen patients overwhelming the hospital in such numbers before.”

The international NGO is working with Niger’s Ministry of Health, and currently treating 730 children who are admitted to the hospital. They include 208 who are critically ill and crowded into the pediatric intensive care unit.

The teams believe there are many more victims, with children under five the most affected group. Surveys in past years provide a baseline for estimating that about 15 percent of children who need care are getting medical treatment.

“While our hospital is already terribly overwhelmed, it’s likely that hundreds of children are seriously ill in the community and not getting the care they need,” Job said. “The children we are seeing are arriving at the hospital extremely late. Sadly, many already have complications so serious that they cannot recover.”

The hospital in Magaria near the Nigerian border is the only health facility serving 700,000 to 1 million people, about 20 percent of them children under five, the NGO said.