Home>News>Storm floods North Africa, strengthens into Europe's 'medicane'
By AT editor - 28 September 2018 at 3:35 am 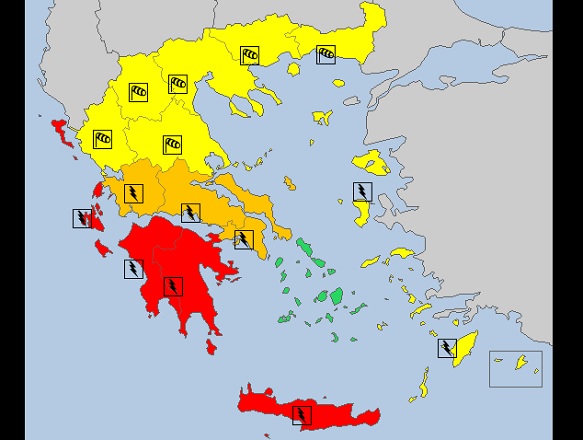 Three North African nations saw extreme rains and deadly flooding earlier this week, with Nabeul and Jemmel in Tunisia among the hardest hit, and torrential rains turning Tripoli’s streets into rivers. Algeria also was affected, but now the storm system is taking aim at southern Europe as a so-called “medicane.”

It’s called that because it’s like a hurricane over the Mediterranean Sea, with high winds swirling around an eye-like center although true tropical cyclones don’t actually form there and have different features.

After leaving damage in North Africa, the storm – called Zorbas in Europe – was off the Libyan coast on Friday morning. It is traveling over warm Mediterranean waters and likely to strengthen further in the Ionian Sea, but is expected to impact Greece, and then Turkey with varying degrees of intensity.

It’s also left migrants aboard the Aquarius, the rescue ship operated by the SOS Mediterranee and Doctors Without Borders, stranded at sea while waiting for bad weather to clear, the organization said Friday. The storm first passed offshore of Malta.

Winds were forecast up to 110 km/h gusts, with some models projecting a storm with stronger 120-150 km/h wind gusts affecting Crete and southern Greek islands on Saturday.

The storm is expected to head into the Aegean Sea and Turkey on Sunday bringing the risk of flooding and landslides as well as high winds.