Home>News>Nigeria, South Africa send condolences over Indonesia quake-tsunami
By AT editor - 30 September 2018 at 3:43 am 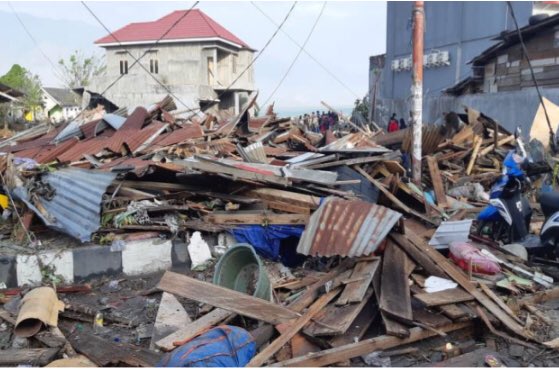 President Muhammadu Buhari of Nigeria joined world leaders on Saturday in extending their condolences to President Joko Widodo and the Indonesian people following the earthquake and tsunami disaster that struck the nation Friday night.

The death toll reached 420 on Saturday, as officials and aid workers continued rescue efforts on Sulawesi Island. It’s there that the 7.5-magnitude earthquake struck along the coast about 60 kilometers north of Donggala and 80 kilometers from Palu. Palu is home to about 300,000 people and tucked at the tip of a narrow bay where the land features may have contributed to building the tsunami waves.

“No matter how distant we are away from others around the world, we remain connected to them by our bond of common humanity,” Buhari said. “My administration and the entire people of Nigeria are with you at this difficult and tough moment.”

South Africa also sent its condolences to the Indonesian people while confirming with its diplomats that no South Africans appeared to be directly affected by the tragedy.

Images in the aftermath of the quake and tsunami waves – estimated by some to be 5 meters high – showed destroyed homes, collapsed mosques and other buildings, with overturned vehicles and debris in the streets.

Humanitarian aid workers from Doctors Without Borders are among those rushing to assist with the response. “We’re now getting limited communications about the destruction in Palu city, but we have heard nothing from Donggala and this is extremely worrying,” said Jan Gelfand of the International Federation of Red Cross and Red Crescent in Jakarta. “There are more than 300,000 people living there. This is already a tragedy, but it could get much worse.”