Home>News>Whitaker, Legend lead the way at disrupted Global Citizen festival
By AT editor - 30 September 2018 at 2:20 am 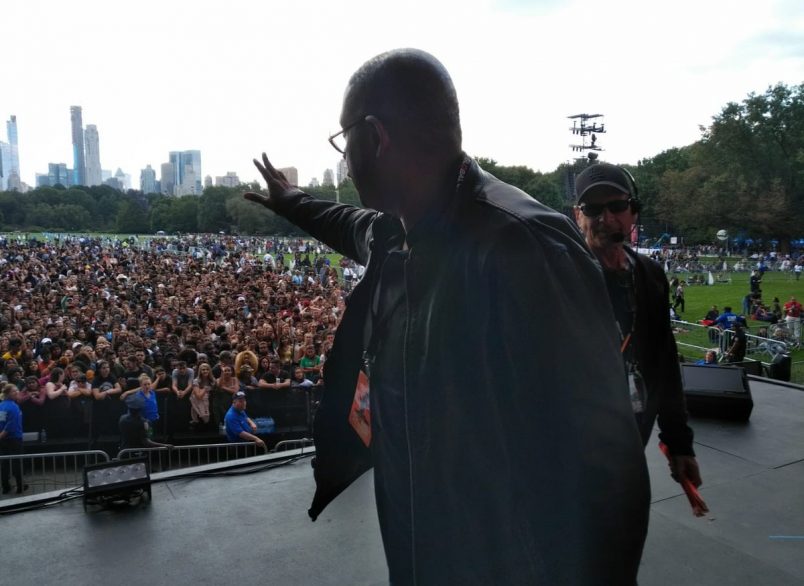 The concert, planned to coincide each year with the United Nations General Assembly, is the final celebration of Global Citizen Week. It capped activism and outreach efforts that attracted thousands of people reaching out to politicians and other decision-makers, on issues such as fighting poverty and reducing marine plastic.

Events were interrupted by a gun scare, with people running for cover. The New York Police Department assured everyone that a fallen barrier was what caused a startling noise and not any gunfire. The show continued after a brief interruption as guests awaited music legend Janet Jackson.

The festival drew thousands of people to Central Park, where Legend’s performance of “Redemption Songs” was among the inspirational moments the participants shared.

Forest Whitaker, whose Academy Award-winning film career includes “Black Panther” and films with special ties to Africa, also is the United Nations special envoy for peace. He took the Global Citizen stage to make the appeal for education.

“Nelson Mandela was one of my personal heroes and he famously said that education is the most powerful tool that we can use to change the world.” Whitaker said.

Since 2011 Global Citizens have helped to end extreme poverty with more than USD$35 billion in commitments from governments and the private sector. The $10 billion disbursed to date has reached almost 650 million lives, with a target of 1.1 billion people with the additional funds.

Global Citizen also will celebrate Mandela 100 in Johannesburg in December, with Beyoncé and Jay-Z headlining. Details about the event are available here.