Home>Commentary>Ethiopia's Irreecha: A reflection on Abiy's reforms and challenges
By Laureen Fagan - 1 October 2018 at 5:41 am 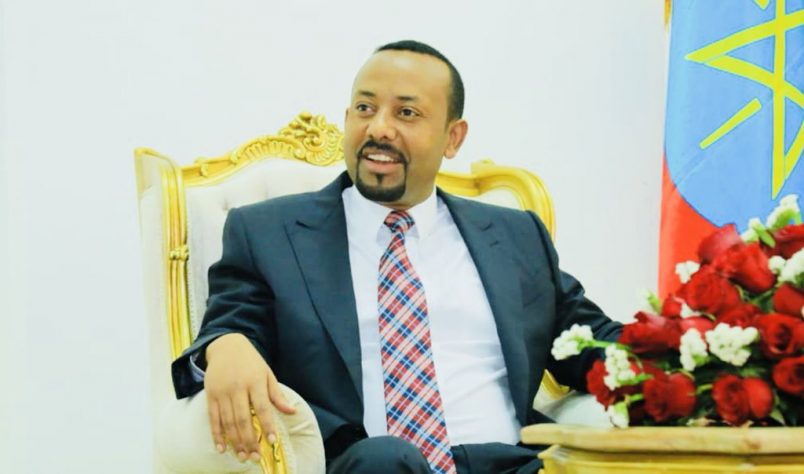 In Ethiopia, millions of Oromo celebrated Irreecha at the weekend, an annual thanksgiving festival that just two years ago was marred by violent protests and mass arrests of Oromo activists. The Ethiopian government claimed a death toll of 669 people, though that number was disputed by other observers.

This year, the celebration in Bishoftu took place in what is a new Ethiopia in many respects. Some Oromo were careful to honor the sacrifices and wounds from the recent past, while others embraced a sunny and optimistic view at Irreecha as Prime Minister Abiy Ahmed continues to implement reforms.

“As we celebrate Irreecha, let’s all cherish our rich cultural heritages and unite in a shared purpose to build a bright future for our children,” said Abiy, an Oromo himself and the first Ethiopian PM who is. Yet for all the joy and celebration, there are dark clouds hovering over the political and ethnic landscape.

Abiy, an Oromo Democratic Party (OPD) head who took office in April, was quick to lift a draconian state of emergency declared after the Irreecha festival in 2016 and reinstated when former Prime Minister Hailemariam Desalegn resigned over the unrest in February. The new PM also was quick to release political prisoners, promising Ethiopians a more democratic future.

Abiy moved swiftly on regional diplomacy, making peace with Eritrea in June and reopening the border on September 11 as part of new year celebrations. He’s also traveled to Saudi Arabia – it was his first official trip back in May – and visited the United States to encourage the Ethiopian diaspora to strengthen their ties or even return home.  He went to China in September to meet with Xi Jinping and attend the Forum on China-Africa Cooperation. Next, the charismatic Abiy plans a European tour later this month, including a visit to German Chancellor Angela Merkel focused on migration and finance.

Yet for all the rapid progress in Ethiopia and early successes, Abiy faces mounting challenges at home.

A return to mass arrests and crackdowns

Ethiopian authorities detained some 3,000 people last week in Addis Ababa, where the land disputes that sparked the Oromo uprising began in 2015, and in the adjacent suburb of Burayu the week before. There, about 1,200 people – mostly youths – were arrested and sent to a re-education camp after clashes broke out on September 13 that left about 60 people died and 12,000 displaced, reports said.

Police Commissioner Degefe Bede in Addis Ababa said those arrested were committing petty crimes such as theft, or picked up in bars or gambling venues. In Ethiopia, though, the surveillance state has long used security as a pretext for cracking down on the political opposition, too often the Oromo.

“While the Ethiopian authorities have in recent months made a commendable attempt to empty the country’s prisons of arbitrary detainees, they must not fill them up again by arbitrarily arresting and detaining more people without charge,” said Joan Nyanyuki, regional director for Amnesty International. “The government must renew its commitment to a new era of respecting and upholding human rights.”

Political challenges ahead of 2020 elections

There also are new concerns over digital rights, with some reports that Internet access was briefly cut during recent unrest – historically a routine occurrence in Ethiopia. Violence continues in the country’s ethnic Somali regions where longtime Ogaden region leader Abdi Mohamed Omar was forced to step down and was subsequently arrested in August. This week, five suspects arrested in the fatal June bombing attack of an Abiy rally in Meskel Square were charged with terrorism. The government says Abiy was seen as a rival to the Oromo Liberation Front party the accused consider the rightful leaders.

At the same time, the previously outlawed OLF just made its triumphant return to Addis Ababa weeks ago. “We welcome warmly the leadership & members of OLF,” the prime minister said. “A peaceful contest of ideas will move us from a culture of conflict into a culture of peace. In a pluralistic society, all of us need to respect our rich diversity. Rule of law is the virtue that makes peace possible.”

Some of those Oromo parties have announced new alliances ahead of 2020 elections, while Abiy’s own party is reimagining itself. The OPD welcomed the retirement of about a dozen of its longtime leaders in September, with a view toward Oromo youth in Ethiopia’s future.

So while this year’s Irreecha festival was peaceful, and full of the Ethiopian promise that Abiy himself embodies, there is still plenty of cause for concern. Ethnic Oromo still find themselves immersed in violence and infighting. The decades-long disputes in the Somali regions aren’t resolved. There are signs that the halo effect Abiy enjoys is starting to wear off in Ethiopia’s public opinion. There are elections to organize, and there are questions on whether and how long Abiy hopes to stay in office.

“I’m not a king,” Abiy recently told the New York Times. “My ultimate objective is to see democratic elections in Ethiopia. If that happened, I’ll feel I fulfilled my objective.”

There is a lot of work that’s been done to meet Abiy’s goals. There is much work that remains.