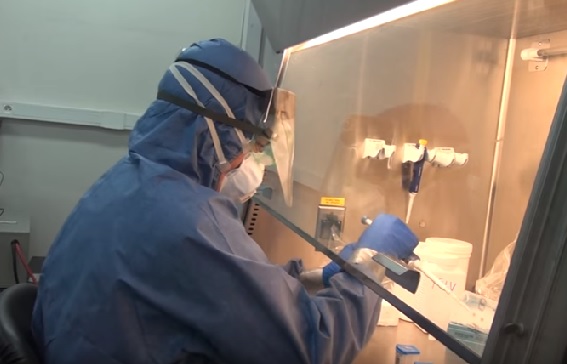 The Ebola virus has now claimed 106 lives in the Democratic Republic of Congo, as World Health Organization workers return to the work of trying to contain its spread after a pause prompted by violence in the city of Beni.

“WHO and partners are able to move more freely, though still restricted by the security situation,” said Peter Salama, the WHO Deputy Director-General for Emergency Preparedness and Response. They had remained on lockdown after rebel attacks on civilians and a subsequent mourning period for victims.

Salama said that the work tracing patient contacts dropped off at the end of September because of the violence but now was picking back up, as shown in a WHO graph. That’s crucial because of new cases of Ebola found in Tchomia, near the Uganda border, that add to fears that Ebola is spreading.

Congolese officials on Tuesday said rumors the disease had spread into Uganda were false. However, WHO warns that the risk of Ebola crossing the border remains high.

According to the update from the Ministry of Health, the overall case total is at 161, with 129 confirmed infections and 32 probable.

Most of the fatalities have been in Mabalako, where 65 people have died. The fatalities rose to 29 in Beni, with five in Butembo and the remaining cases spread across eight other communities. More than 13,500 people have now been vaccinated, most of them in Mabalako and Beni.