Home>News>Gabon, São Tomé and Príncipe make IUU shark fishing arrests
By AT editor - 3 October 2018 at 6:59 am 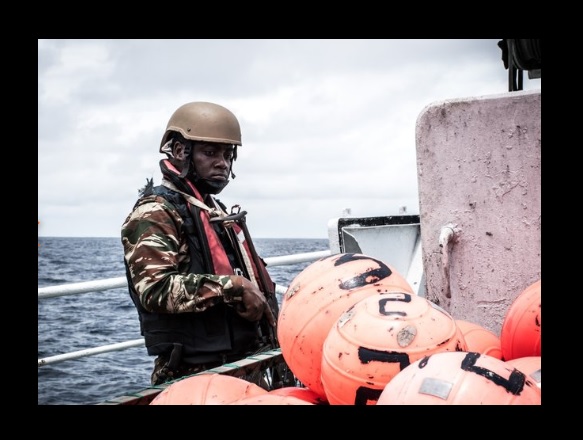 Environmentalists with the Sea Shepherd organization say authorities from São Tomé and Príncipe and Gabon worked with their marine conservationists to stop illegal shark fishing off the African coast.

The fishing vessel Vema, flagged in Senegal but linked to Spain, was licensed to catch tuna but when the boat was boarded for inspection, officers found primarily blue sharks instead. They are classified as ‘near-threatened’ by the International Union for Conservation of Nature (IUCN).

“Given how sensitive shark species are to over fishing, coupled with the fact that 15 percent of shark species in the Atlantic are now endangered, it is alarming that industrial fishing vessels, many from Europe, continue to massacre sharks under the guise of tuna licenses,” said Peter Hammarstedt, the Sea Shepherd director of campaigns against illegal unreported and unregulated (IUU) fishing.

Marine conservationists say one clue was the kind of line used on the Vema, because filament lines reinforced with steel wire are common for sharks rather than tuna. Approximately two tons of sharks – including severed fins – were discovered. Sea Shepherd suspects it would have been more if the Vema had not first been to Walvis Bay in Namibia, a port commonly used for offloading shark fins.

Fish on board were also found gutted and processed in violation of São Tomé’s regulations unless advance approval is given, which the Vema did not have.

The arrest of the Vema is the fourth shark-finning bust carried out over the past two years, three of which were the direct result of joint operations between São Tomé and Príncipe and Gabon, with assistance by Sea Shepherd ships and crew.