Home>Articles>UN migration agency welcomes new director
By AT editor - 3 October 2018 at 6:09 am 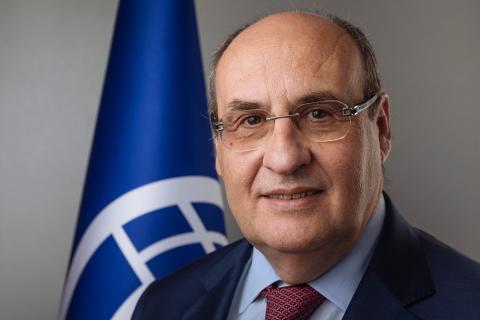 The UN agency for migration has a new director general, with António Vitorino of Portugal taking the helm this month as former United States diplomat William Lacy Swing steps down after two five-year terms.

The 61-year-old Vitorino is a former European Commissioner for Justice and Home Affairs, and was Portugal’s deputy prime minister under António Guterres, now the UN Secretary General. Vitorino, a lawyer, also served in parliament and was a judge on the country’s Consitutional Court.

Vitorino earned a degree from the University of Lisbon’s School of Law in 1981, as well as a Master’s Degree in Legal and Political Science.

“We are about to see, hopefully, the Global Compact on Safe, Regular and Orderly Migration being endorsed in Marrakech in December,” Vitorino said in a message to his staff. “And the Secretary General of the United Nations has asked IOM to play a coordinating and supporting role of the newly created UN migration network, therefore, being in charge of supporting member states in the implementation of the objectives of the global compact.”

His appointment comes as IOM continues to address migration routes across the Mediterranean Sea, primarily from sub-Saharan Africa, that have sparked tensions across Europe and the wider international community.

“I’m fully aware that today in different parts of the world, the political landscape on migration is overheated,” Vitorino said. “But the paradox is that at the same time as there are signs of retrenchment, that’s the moment when the global compact is adopted.”