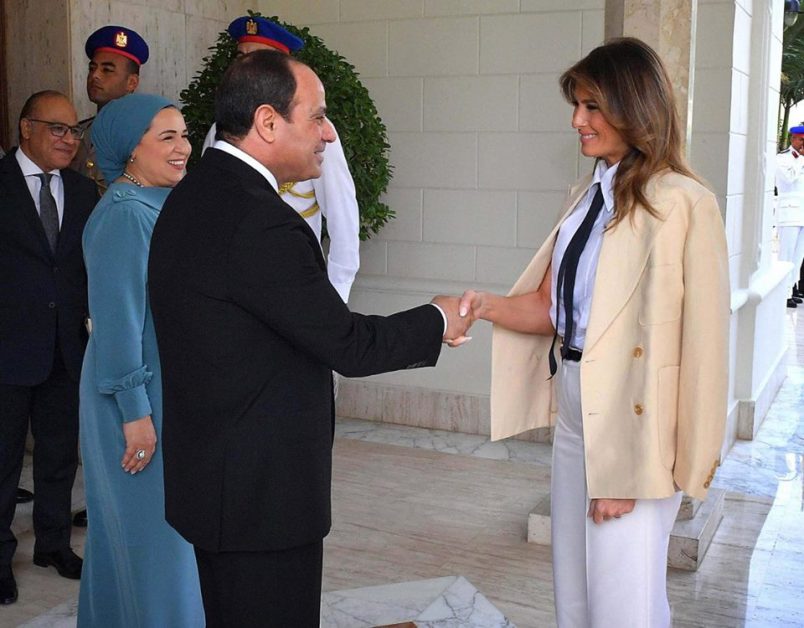 First Lady Melania Trump of the United States wrapped up a four-nation tour of Africa on Saturday with a visit to Egypt, where she was greeted by President Abdel-Fattah El-Sisi and his wife, Entissar.

Trump, married to controversial U.S. President Donald Trump, began her tour in Ghana, and traveled to Malawi and Kenya before promoting both her own BE BEST mission and that of USAID in Egypt.

After touring the pyramids and visiting Gaza, Trump praised Egypt for its hospitality, and a historic civilization with roots in antiquity. She shared the hope for cooperation between the two countries, particularly in social areas.

Although Trump’s fashion sense and comments about her husband’s Twitter habits grabbed the headlines, the official discussions focused on that partnership between the U.S. and Egypt, according to the spokesman for the Egyptian presidency.

During conversations at the presidential palace, Sisi praised the role played by USAID in Egypt to finance projects in health, education and tourism, and to provide financing for small businesses.  That’s advancing Egypt’s economic and social reforms, and its commitments to sustainable development, he said.

The discussion also turned to children’s rights and the advancement of young people, a priority for Melania Trump. Trump’s BE BEST initiative is designed to encourage children to choose their best individual paths, while emphasizing social, emotional and physical health.

Trump has said she is excited about taking the campaign to the international level, and the goodwill tour with USAID also was meant to help promote existing youth-oriented initiatives.