Home>Finance & Economics>IMF trims projections for sub-Saharan Africa, global growth
By AT editor - 9 October 2018 at 7:23 am 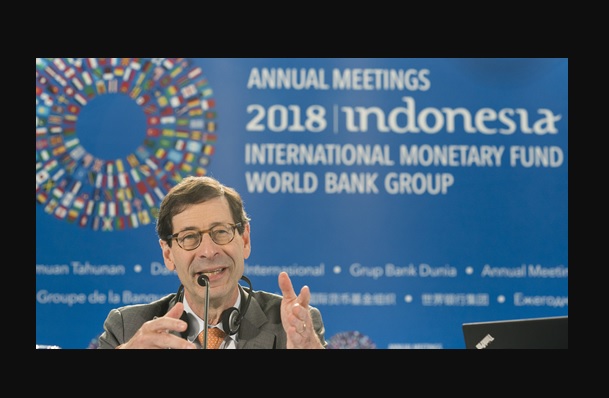 The new World Economic Outlook report projects that global growth will remain steady over 2018–19 at last year’s rate of 3.7 percent, but that’s revised down from 3.9 percent earlier this year.

“There are clouds on the horizon. Growth has proven to be less balanced than hoped,” said Maurice Obstfeld, chief economist at the International Monetary Fund (IMF). While emerging Asia and emerging Europe remain in good shape, the outlook has become more complicated for sub-Saharan Africa including South Africa.

Geopolitical risks and domestic strife are weighing on the outlook in several economies, especially in the Middle East and sub-Saharan Africa, the report said. The latter region’s average growth is projected to rise to 3.1 percent in 2018 and 3.8 percent in 2019, but the 2018 forecast is 0.3 percentage points lower than when forecast in April.

That’s despite the ongoing recovery, he said. Obstfeld encouraged all countries to encourage technological innovation, boost labor force participation especially for women and youth, and invest in education and training.

Low-income developing countries need to strengthen their economies while pressing on to reduce poverty. Economic resilience also needs to be a priority, in part to better cope with climate shocks.

Obstfeld’s remarks come as the IMF releases detailed data at the IMF-World Bank Annual Meetings in Indonesia, but they follow on comments made by IMF Managing Director Christine LaGarde last month.

LaGarde warned that many of the struggling economies including Africa’s are facing pressures from a stronger U.S. dollar and a tightening of financial market conditions. Some of them are now facing capital outflows, she added.

“If the current trade disputes were to escalate further, they could deliver a shock to a broader range of emerging and developing economies,” LaGarde said. “There is a clear appetite to improve and expand trade,” she added, noting the recent African trade agreement as a primary example.