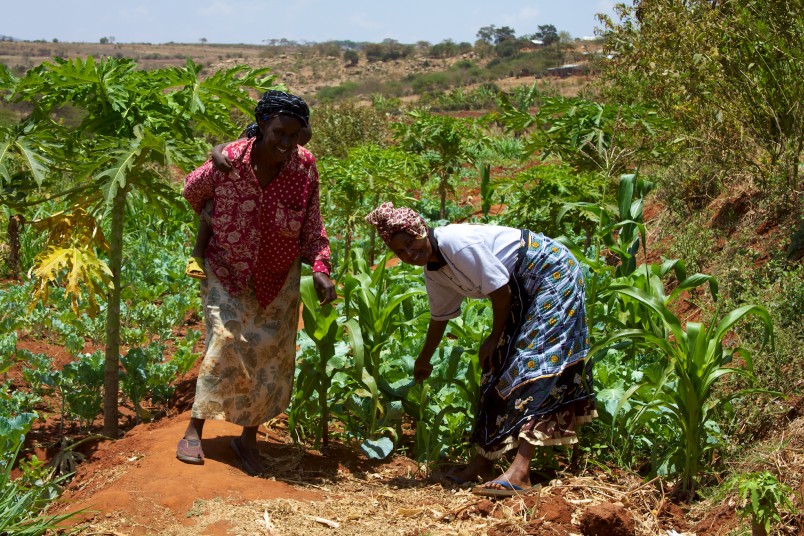 A key climate report from the Intergovernmental Panel on Climate Change (IPCC) released Monday warns that the global community must act decisively and dramatically to try and limit catastrophic impacts from climate change – and that some impacts remain unavoidable even if global warming is held to the 1.5°C level.

That’s especially critical for the African continent and much of the developing world. Everything from maize and monsoons, to malaria and migration may be impacted, in many cases with greater effects likely at a 2ºC level of warming.

“Every extra bit of warming matters, especially since warming of 1.5ºC or higher increases the risk associated with long-lasting or irreversible changes, such as the loss of some ecosystems,” said Hans-Otto Pörtner, the co-chair of IPCC Working Group II. That’s a group of experts from 40 countries focused on dealing with climate impacts, adaptation and vulnerability, and one of three IPCC working groups.

The “Global Warming of 1.5°C” special report (SR15) presented in South Korea paints a sobering portrait of the challenge ahead. The report finds that limiting global warming to 1.5°C would require “rapid and far-reaching” transitions in land, energy, industry, buildings, transport and cities.

Global net human-caused emissions of carbon dioxide (CO2) would need to fall by about 45 percent from 2010 levels by 2030, reaching ‘net zero’ around 2050 – an astonishingly high target in just 12 years. Even then, any remaining emissions would need to be balanced by removing CO2 from the air, the IPCC group finds, and there’s uncertainty about how the technology would work and its own consequences.

What is certain is that some impacts are already clear, such as a drying trend in the Mediterranean region, and that governments must take on the herculean task of limiting warming to the 1.5°C level.

“The good news is that some of the kinds of actions that would be needed to limit global warming to 1.5ºC are already underway around the world, but they would need to accelerate,” said Valerie Masson-Delmotte, Co-Chair of Working Group I.

The sobering report was released ahead of the Katowice Climate Change Conference (COP24) in Poland in December, when governments review the Paris Agreement to tackle climate change. Experts from at least a dozen African nations – Botswana, Burkina Faso, Sudan, South Africa – served as authors and editors for its five chapters. Their contributions helped to create a portrait of potential outcomes for a diverse range of African countries with different ecosystems and economies, often made more vulnerable to global warming than other regions on the planet and likely to see disproportionate effects.

Climate change at the 1.5°C level is a “poverty multiplier,” and climate stress could force some 100 million people into poverty across Africa and other parts of the developing world. Crop production, tourism industries and hydropower generation are examples of how economic growth is threatened. At 2°C instead of 1.5 °C of warming, the bigger hits to economies hurt low- and middle-income countries.

“Even if the mean global temperature anomaly is kept below 1.5°C, regions between 15°S and 15°N are projected to experience an increase in hot nights as well as longer and more frequent heat waves,” the report said. “Increases would be even larger if the global mean temperature reaches 2°C of global warming, with significant changes in the occurrence and intensity of temperature extremes.”

A 2013 World Bank study for sub-Saharan Africa projected that a 1.5°C warming by 2030 might reduce the present maize cropping areas by 40 percent.  Yet there’s some confidence that at 1.5°C of warming, crop yields and the nutritional value of those crops shrink less than they will at 2ºC for many Africans, and there’s less threat to livestock.

Central Africa is likely to see more intense flooding at 2ºC, while countries with coastal wetlands in the east, such as Malawi and Zimbabwe, see biodiversity damage. Southwestern Africans already know the impacts of extended drought and are a hotspot for it.

There’s high confidence that multiple climate risks working together are a bigger problem for Africans and Asians at the higher threshold. “For global warming from 1.5°C to 2°C, risks across energy, food, and water sectors could overlap spatially and temporally,” the authors said, noting compounded risk scenarios. Some vulnerable regions, including small islands and Least Developed Countries (LDCs), are projected to experience high multiple and interrelated climate risks even at global warming of 1.5°C.

It’s hard to measure the costs of delay in adaptation finance, the authors said, but they’re likely lower at global warming of 1.5°C than for 2°C. International cooperation is critical, and countries need access to finance as well as technology and innovation in keeping with their Paris Agreement targets and obligations.

“One of the key messages that comes out very strongly from this report is that we are already seeing the consequences of 1°C of global warming through more extreme weather, rising sea levels and diminishing Arctic sea ice, among other changes,” said Panmao Zhai, Co-Chair of IPCC Working Group I.

Limiting global warming to 1.5°C depends on the decisions we make now, and need to make without delay, the report said.