Home>Finance & Economics>Turkey-Africa Economy and Business Forum set for Istanbul
By AT editor - 9 October 2018 at 8:23 am 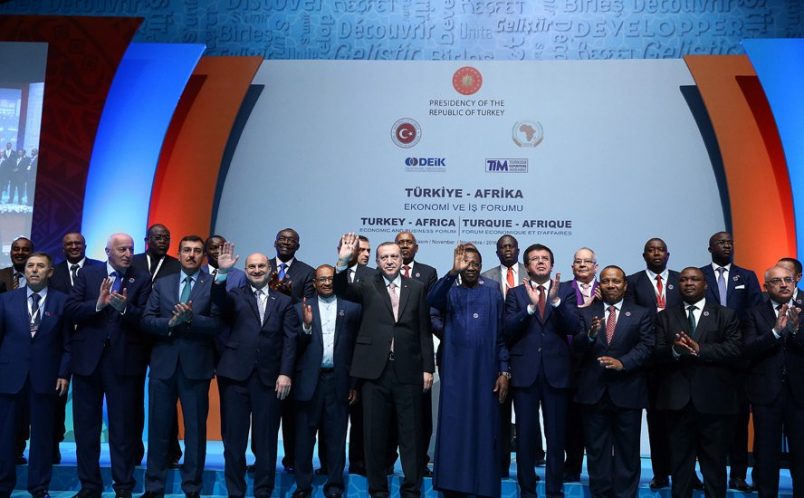 Turkey is set to welcome ministers and business representatives from 49 African countries as the two-day Turkey-Africa Economy and Business Forum begins in Istanbul on Wednesday.

This year’s forum is jointly organized by the African Union Commission, the Turkish Ministry of Commerce and Turkey’s Foreign Economic Relations Board (DEİK). Participants will focus on themes of infrastructure, construction, manufacturing, and tourism and fashion, the AU said in a statement.

Erdoğan has increased his efforts to build economic and trade relationships with Africa, visiting earlier this year in South Africa and Zambia while attending the BRICS summit in Johannesburg as the current head of the Organization of Islamic Cooperation (OIC).

He also visited Algeria, Mauritania, Senegal and Mali earlier this year, and drew global attention to his interests in the Horn of Africa with plans to rebuild Suakin Island in partnership with Sudan.

This week’s forum comes amid tensions at home for Erdoğan, as Turkey and Saudi Arabia are at odds over journalist Jamal Khashoggi, a Saudi citizen who disappeared at a consulate office last week in a case sparking international interest.