Home>Health>HRW appeals to Ghana to end shackling of mental health patients
By AT editor - 10 October 2018 at 10:03 pm 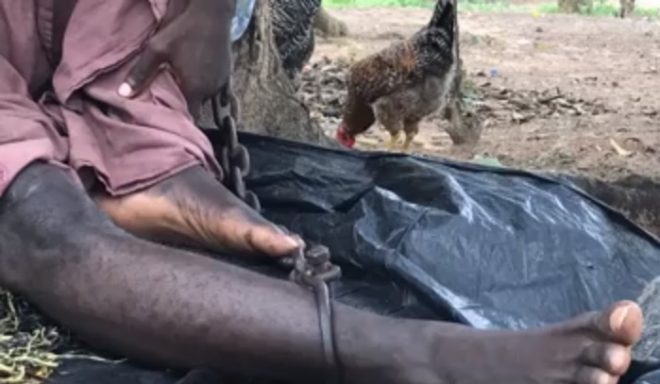 As part of World Mental Health Day, the Human Rights Watch organization is shining a spotlight on countries where the practice of shackling those with real or perceived mental health conditions continues, including Ghana.

Officials there promised last year to end the cruelty and said it was illegal to put patients or loved ones in chains. Yet that’s not the reality at Mount Horeb Prayer Camp in Mamfi, where HRW says it found 140 people living in unsafe conditions, some still chained and detained in overcrowded facilities.

The camp and others like it are run jointly with Ghana’s mental health agency, and serve families who bring people on the basis of a widely-held belief that mental health conditions are caused by curses or evil spirits.

“Hundreds of people with psychosocial disabilities are still shackled like cattle,” said Shantha Rau Barriga, disability rights director for HRW. “It’s not only important for the chains to come off, the government needs to sensitize communities and invest in local mental health services. If not, people with psychosocial disabilities may again be subjected to the cruel and abhorrent practice of shackling and the government’s ban will be an empty threat.”

The former United Nations expert on torture, Juan Mendez, urged the establishment of an oversight system following prior visits to Ghana. That goal has been thwarted by a lack of political will from government officials and NGO partners, HRW reports.

“There is too much stigma and misunderstanding around mental health, leading to abuses against people with psychosocial disabilities, and no government body is watching,” Barriga said. “Oversight is more important than ever to make sure that people who have been freed from chains have their rights and dignity restored.”