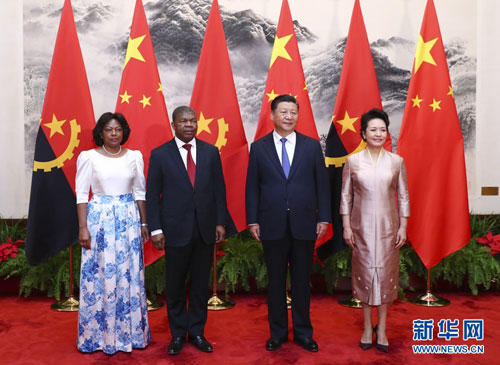 Angolan President João Lourenço wrapped up a visit to Beijing Wednesday, where he met with President Xi Jinping and other government leaders as well as members of the business community.

Their talks led to a new USD$2 billion credit agreement for infrastructure funded through China Development Bank, according to Angola’s official news agency ANGOP. Angolan officials say that will bring the country’s total debt to China up to $23 billion by the end of the year.

“In order to be successful, we need financial resources, which we promise to use well, exclusively in the public interest, in the interests of the country’s economy and socioeconomic development,” said Lourenço. He has served as president since August 2017, following nearly four decades of rule by José Eduardo dos Santos.

Xi said he welcomed the return of Lourenço, who attended the Forum on China-Africa Cooperation (FOCAC) at the Beijing summit last month. Angola represents the spirit of China-Africa partnership, he added.

Lourenço also toured a research facility operated by smartphone manufacturer Huawei during his official visit. Huawei is eyeing a plan to build an electronics assembly facility in Angola, and is investing nearly $2 billion in the country’s telecom network.