Home>Finance & Economics>DP World breaks ground on Somaliland port
By AT editor - 12 October 2018 at 1:18 am 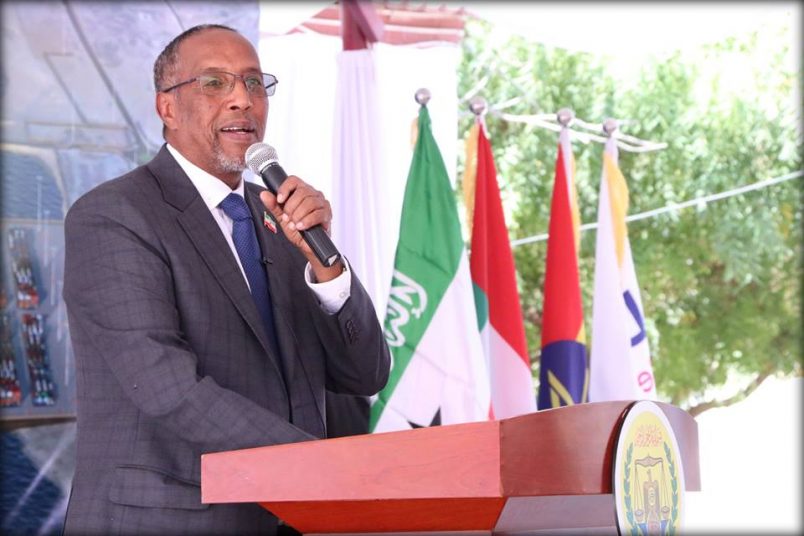 The Dubai-based DP World says construction has begun on its new facility in the Somaliland port of Berbera.

President Muse Bihi Abdi and DP World Group CEO Sultan Ahmed bin Sulayem launched the first phase of work during a groundbreaking ceremony on Thursday. The project includes a 400-meter quay and 250,000 square meter yard, along with development of a new regional trading hub to serve Ethiopia and other landlocked nations.

Ethiopia hold a 19 percent stake in the new project, which comes as DP World leaves behind a bitter dispute with Djibouti over its Doraleh Container Terminal.

“Today is a historic day as we mark another major milestone in the development of our economy,” said Abdi, who has championed the cause of Somaliland’s independence and growth since taking office in 2017.

“Connecting to landlocked countries such as Ethiopia and the rest of the region will reinforce the firm relationships that now exist and make Somaliland an important player in regional economic integration and growth,” he added. “The importance of the Port of Berbera as a Red Sea gateway for the Middle East and Africa can now be realized, unlocking our potential as a trade hub and creating jobs across the country.”

Sultan Ahmed Bin Sulayem, CEO of DP World, said the company welcomes the opportunity to help African nations develop their economies through access to global markets. “Investment in this natural deep-water port and free zone will act as a catalyst for the growth of the country and the region’s economy and create jobs at many levels,” he said.

Shafa Al Nahda Contracting, which has completed projects at ports in Senegal and Mozambique, was awarded the construction contract. DP World operates 78 facilities, primarily for container handling, in some 40 countries.