Home>Commentary>Khashoggi, the Gulf's Qatar crisis and implications for Africa
By Laureen Fagan - 15 October 2018 at 5:25 am 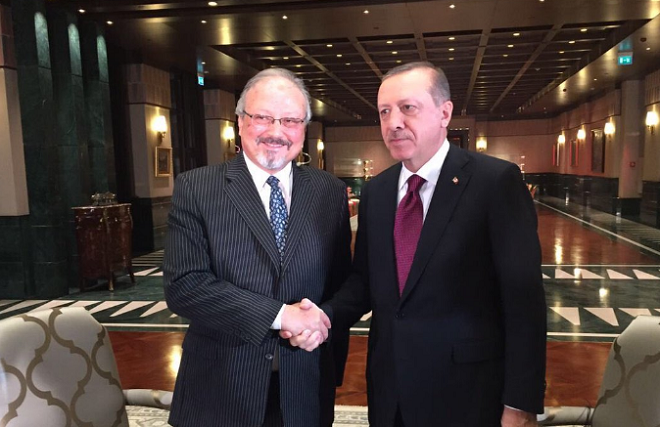 Twelve days after the disappearance of Saudi journalist Jamal Khashoggi, there are still no definitive answers about what happened to the widely respected critic of Saudi Arabian Prince Mohammed bin Salman and the kingdom.

What is clear is that what began as an incident involving Riyadh and Ankara after Khashoggi’s fateful visit to an Istanbul consulate has international implications. The 60-year-old Khashoggi, while born in Medina and a Saudi citizen, was living in the United States and Europe after deciding to leave Saudi Arabia to protect his journalistic freedom — at the least. There also are reports from the U.S. that intelligence officials were aware of threats to his safety.

It’s assumed that Khashoggi is dead, with Turkey claiming to have evidence of a grisly murder committed by Saudis inside the consulate. The Saudi government denies it with increasing vehemence. The Washington Post, where many Khashoggi columns appeared, is demanding answers alongside its media allies. That’s created a diplomatic crisis for the U.S. and President Donald Trump, but now European diplomats have demanded an investigation into the Khashoggi case. Global companies and media sponsors are pulling out of the Future Investment Initiative, the “Davos in the Desert” hosted by Saudi Arabia set to begin October 23.

And by Friday, the United Arab Emirates (UAE) and Bahrain were among the Gulf states aligned in support of Saudi Arabia, while predictably, Qatari influences are being blamed for a Khashoggi “conspiracy” directed at Saudi Arabia. Qatar has not made any formal statements, but its media organizations have expressed concern over Khashoggi’s disappearance even as Saudi journalists attacked Khashoggi as a terrorist sympathizer and traitor to the kingdom.

‘Look for the body in Egypt’

Khashoggi often wrote in support of Mohammed bin Salman (MBS) and his reform agenda, and Western media outlets with whom he had nearly two decades’ worth of experience are quick to note he was hardly an extremist. Yet he did criticize repression in Saudi Arabia, and defended the role of the much-hated Muslim Brotherhood in its more moderate form in places like Turkey or Tunisia.

Khashoggi urged the Saudis to relent on a hard-line stance on Qatar that in June 2017 drew in Egypt and LNA-controlled eastern Libya; some of the 27 African member states, like Senegal, of the Jeddah-based Organization of Islamic Cooperation (OIC) who quickly distanced themselves from Doha; and especially Sudan, Eritrea and eastern Africans with economic, security or historic ties with Turkey and Qatar.

So if the Saudi-Turkey-Qatar constellation is raising concern among European and Gulf nations, the Khashoggi case is a development that African nations, including the Horn of Africa region, also should be following closely. That’s especially true as President Recep Tayyip Erdoğan continues to press for more influence on the African continent.

“Look for the body in Egypt. And for Iran in the winner’s circle,” wrote one seasoned journalist, Karl Vick, who traced to Cairo one of the two departing planes of Saudi operatives that Turkey says arrived in Istanbul when Khashoggi made his consulate visit and was murdered. The other headed for the UAE, Vick said, describing how their flight paths illustrate the Saudi-led regional alliances that link the Gulf power struggles to the African continent.

The Gulf crisis shadow falls beyond the North African states, where Egypt’s Abdel Fattah el-Sisi and Khalifa Haftar in neighboring Libya continue their war on extremism while blaming Qatar and its influence and funding. That’s also true in Sudan, where Turkey and Qatar are investing in Sudan’s strategic interests in the Red Sea port of Suakin but finding resistance from Saudi-aligned neighbors. Somalia, where the Dubai-based DP World just broke ground on a Berbera port in Somaliland, feels the Gulf-state rupture at home. Ethiopia denied any Qatari funding for its USD $4.8 billion Grand Ethiopian Renaissance Dam (GERD) project, an accusation that heightened tensions with Egypt and Sudan over critical water resources.

Qatari media — in particular Al Jazeera  — stand accused of fabrications on Khashoggi, as was the case at the Saudi-owned Al Arabiya outlet that once showcased his work. Al Arabiya also quoted on Sunday the OIC Secretary General Yousef al-Othaimeen, a Saudi Arabian, and his support for the kingdom against all threats from abroad. “The position of the Kingdom of Saudi Arabia and its centrality in international relations makes it above the suspicions promoted by the media, which takes aim at its security, stability, achievements and reform process,” he said.

None of the statements appear to bring the world toward closure on what happened to Khashoggi and who is accountable for his disappearance or, according to Turkish officials, his death. Turkey maintains it has video and other evidence that Khashoggi was killed inside the embassy building. Erdoğan has described the missing journalist as a friend and promised an investigation. France, Germany and the UK are calling for one.

“There needs to be a credible investigation to establish the truth about what happened, and – if relevant – to identify those bearing responsibility for the disappearance of Jamal Khashoggi, and ensure that they are held to account,” said the statement issued Sunday by European foreign ministers Jean-Yves Le Drian, Heiko Maas and Jeremy Hunt.

“We encourage joint Saudi-Turkish efforts in that regard, and expect the Saudi Government to provide a complete and detailed response. We have conveyed this message directly to the Saudi authorities,” they said.

Yet the African continent, including the African Union, has seemed silent on the Khashoggi matter. On Sunday, Egypt finally weighed in with a call for investigation and a warning against using the case against the Saudis. There’s no word on whether African government and business leaders still plan to attend “Davos in the Desert,” organized by a Moroccan native with an entire session devoted to African economic development. Nigerians and South Africans served as speakers at last year’s inaugural event.

Above all else, there’s still no word on Khashoggi.