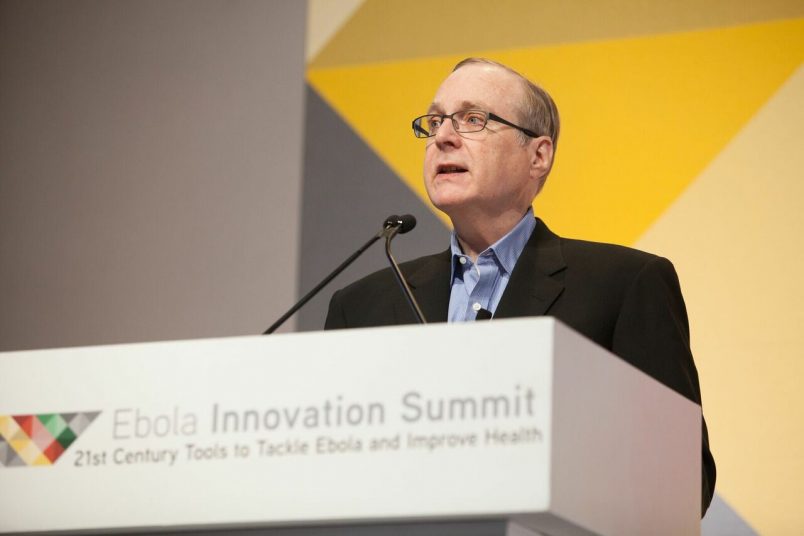 Paul Allen, the co-founder of Microsoft and philanthropist with a special heart for the African continent, died in the United States on Monday. He was 65 and suffered from non-Hodgkin’s lymphoma.

Allen’s death was announced by Vulcan, the Seattle-based umbrella company formed to manage a range of projects and global campaigns, serving as an innovation incubator for ideas Allen hoped would change the world.

“All of us who had the honor of working with Paul feel inexpressible loss today. He possessed a remarkable intellect and a passion to solve some of the world’s most difficult problems, with the conviction that creative thinking and new approaches could make profound and lasting impact,” said Vulcan CEO Bill Hilf.

“Millions of people were touched by his generosity, his persistence in pursuit of a better world, and his drive to accomplish as much as he could with the time and resources at his disposal.”

Allen was the largest individual donor during the West African Ebola crisis, committing USD$100 million in the fight against the 2014 Ebola outbreak and another $11 million in grants meant to limit future Ebola crises.

As a leader on conservation and climate change, Allen supported African environmental causes including the Great Elephant Census. He donated $7 million to Botswana-based Elephants Without Borders for the pan-African elephant census completed in 2016, supported conservation efforts and community building in Zambia, and helped to fund research on illegal ivory trafficking and other initiatives through the Allen Family Foundation.

“My brother was a remarkable individual on every level. While most knew Paul Allen as a technologist and philanthropist, for us he was a much loved brother and uncle, and an exceptional friend,” said Jody Allen, his sister, on behalf of the family. “At this time of loss and grief for us – and so many others – we are profoundly grateful for the care and concern he demonstrated every day.”