Home>News>Angola defends crackdown on Congolese refugees, illegal mines
By AT editor - 17 October 2018 at 4:55 am 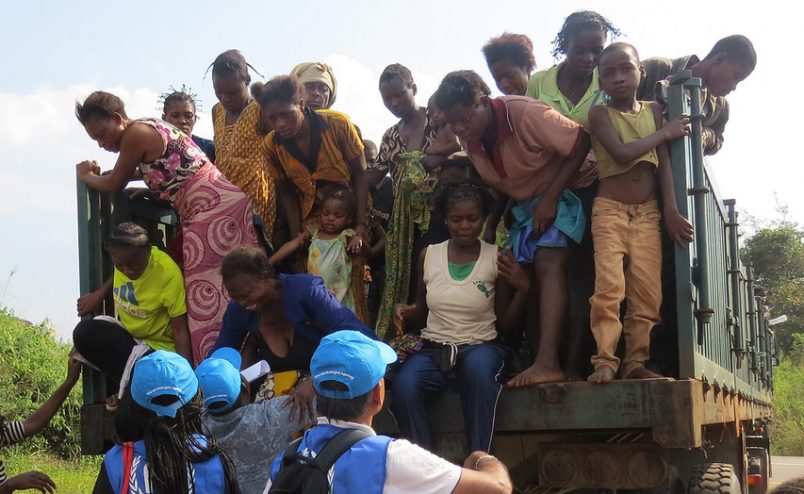 Officials in Angola defended on Tuesday the closure of 67 illegal diamond mine operations as part of its “Operation Transparency” crackdown, a National Police effort in seven provinces meant to curb illegal mining and migration.

Police spokesman António Bernardo told state news agency ANGOP that some 260 Congolese migrants left the country voluntarily as a result, and he denied that any fatalities were associated with National Police operations.

The migrants are pleased with the support they receive from Angola, and only illegal migrants are being repatriated to Democratic Republic of Congo, ANGOP said. It also called on the UNHCR, the UN Refugee Agency, to “cooperate in raising awareness of the rights and duties of refugees” to avoid conflicts with Angola residents.

That’s quite a different story than the one told by UNHCR and Congolese officials who say at least 200,000 people have returned to the violent Kasai provinces in the past two weeks because they’re being forcibly repatriated from Angola. Congolese migrants had until Monday to comply with the leave orders, UNHCR said.

“Mass expulsions are contrary to obligations under the African Charter on Human and Peoples’ Rights and we ask both sides to respect the human rights of those affected,” said UNHCR spokesman Babar Baloch. “Without such cooperation the returns could easily create a humanitarian crisis in the already fragile Kasai region.”

People have been arriving in DRC through different border points with whatever belongings they can bring, leaving border towns like Kamako overcrowded and tense. Angola hosts some 68,000 refugees and asylum-seekers, primarily from DRC, the refugee agency said.