Home>Health>African health team honored at Spain's Princess of Asturius Awards
By AT editor - 20 October 2018 at 4:32 am 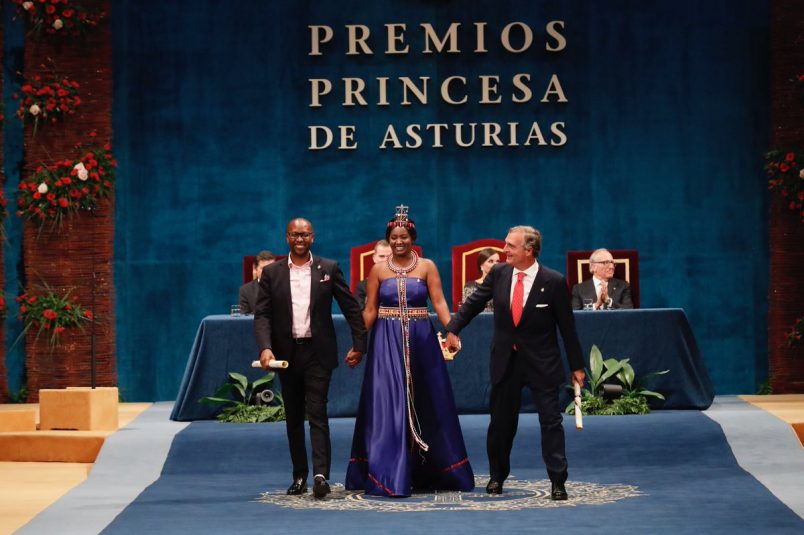 An international NGO delivering health care across Africa has received a 2018 Princess of Asturius Award from Spain, which was presented by King Felipe VI at a ceremony Friday night in the northern city of Oviedo.

Amref Health Africa, which also has an affiliate based in Spain, was awarded the prestigious International Cooperation prize. Dr. Githinji Gitahi, the CEO of African operations, and human rights activist Nice Leng’ete of Kenya were on hand to accept the USD$57,500 award. Leng’ete is known for her work to end female genital mutilation.

“For sixty years now, the magnificent work of this organization has managed to significantly improve health services and the health of millions of people on the African continent,” the king said in his speech.

Amref Health Africa was chosen for its commitment to using technology to improve medical care, especially the flying doctors program launched in 1957. The aviation program creates a lifeline for those needing assistance anywhere from Mogadishu, Somalia, where an emergency flight to Nairobi can be launched in 30 minutes, to Madagascar.

“Through this initiative it has been possible to reach the most vulnerable and remote populations that would not have regular access to health services,” the awards jury panel said. “This organization also develops distance training programs to strengthen local capacities in the fight against AIDS, tuberculosis and malaria. It highlights its effort to eradicate female genital mutilation with actions of social and cultural awareness.”

The Princess of Asturias Foundation is a private nonprofit organization that promotes scientific, cultural and humanistic values.