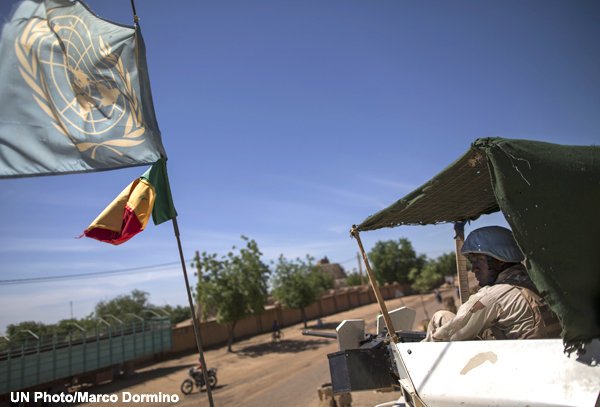 During a briefing Friday with the UN Security Council, the head of United Nations peacekeeping operations said he is extremely concerned over the increasing number of attacks by armed groups in Mali.

Jean-Pierre Lacroix, the undersecretary general for peacekeeping operations, also lamented delays with the implementation of the 2015 peace agreement and institutional reforms that are contributing to one of the African continent’s most pressing security challenges.

Lacroix said July, August and September were the deadliest months since the peacekeeping operation was established in 2013. There were some 58 attacks against Malian defense forces, MINUSMA, the joint G5 Sahel force, Operation Barkhane and others. A total of 287 civilians died in targeted attacks, many of them tied to the election that saw President Ibrahim Boubacar Keïta re-elected on August 12.

That’s a significant concern as Mali gets ready for parliamentary elections that begin in November.

“I call on the government and the opposition to engage in constructive political dialogue, based on inclusivity, keeping in mind the national interest,” Lacroix said, adding that he hopes the upcoming elections serve to “build a more representative parliament by promoting candidacies of young people and women.”

On Thursday, another five peacekeepers from Chad were injured during attacks. A January 2018 report puts Mali, the Central African Republic and the Democratic Republic of Congo atop the list of most dangerous operations.

Lacroix noted that the violence is limiting humanitarian access to some 5.2 million people in need. The UN Office for the Coordination of Humanitarian Affairs (OCHA) estimates that’s one in four Malians.

All eyes have been on Afghanistan as the Taliban takes control, but the United Nations…