Home>CUTTING EDGE>Facebook reveals 'elections war room' to combat fake news
By AT editor - 22 October 2018 at 12:11 am 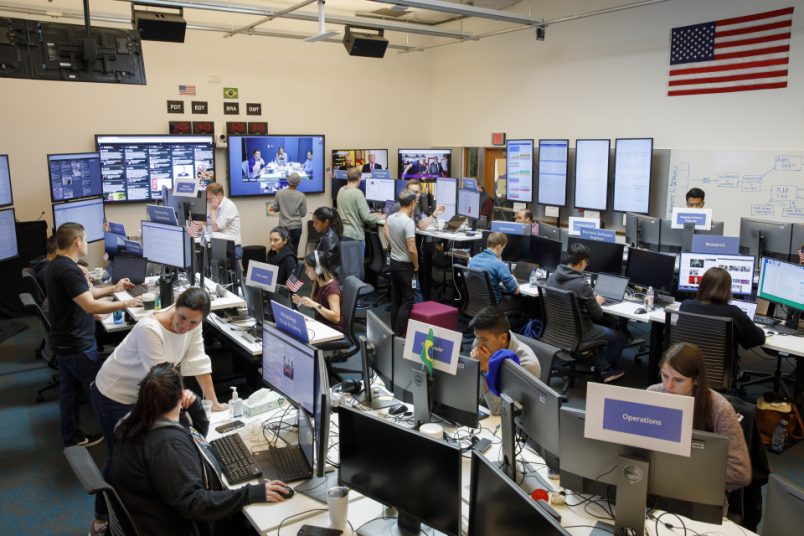 The social media giant Facebook has come under heavy fire for its admitted failures to protect user privacy, to prevent “fake news” on its platform that influences elections or hate speech that fuels unrest. That’s been true in the United States and Europe, and notably in Myanmar where misinformation has been tied to communal violence.

Now the company says it’s making strides with a new “elections war room” that keeps an entire team in one location to better monitor usage patterns.

“The war room has over two dozen experts from across the company – including from our threat intelligence, data science, software engineering, research, community operations and legal teams,” Facebook said on Thursday.

“When everyone is in the same place, the teams can make decisions more quickly,” they said, which limits the spread of harmful content. “Our dashboards offer real-time monitoring on key elections issues, such as efforts to prevent people from voting, increases in spam, potential foreign interference, or reports of content that violates our policies.”

The Facebook operation was launched in September ahead of Brazil’s elections, held the same day as Cameroon’s. The team detected posts spreading false information about postponing the vote and removed them. It also found and removed “hateful content that appeared designed to whip up violence against people from Northeast Brazil.”

Ahead of Cameroon’s own elections, Facebook met with a range of stakeholders, including civil society groups and human rights activists as well as government, to try and prevent problems. A September workshop on elections and digital rights was sponsored by the company and held in Yaoundé.

Both Cameroon and Central African Republic are identified as high priorities for Facebook team monitoring in the wake of Myanmar tragedies fueled by fake news tied to comparable ethnic and religious tensions.

“This new policy will be global, but we are initially focusing our work on countries where false news has had life or death consequences,” the company said in August. Sri Lanka and India also are on the short list of countries where improved tech and policies are being deployed.