Home>News>Olympic athlete Feyisa Lilesa returns to Ethiopia
By AT editor - 22 October 2018 at 2:27 am 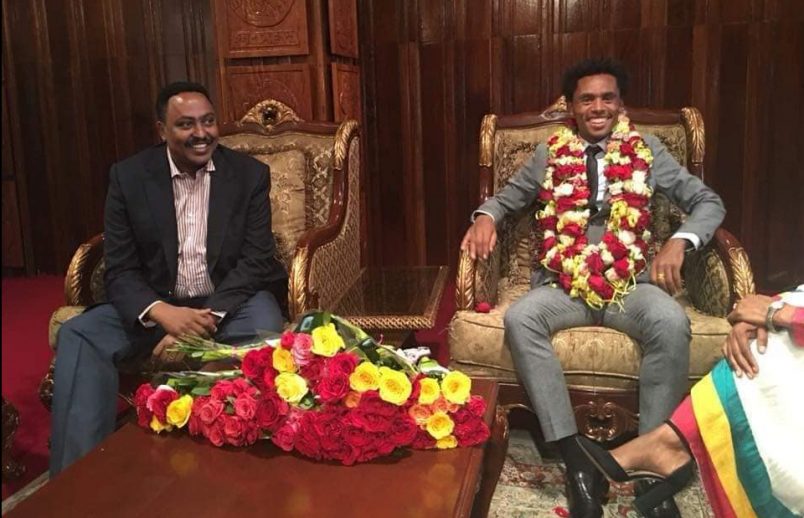 Ethiopian athlete Feyisa Lilesa, the 2016 Olympic silver medalist in the marathon in Rio de Janeiro, has returned home to a country he placed in the international spotlight with his crossed-arm protest gesture on behalf of the Oromo people and human rights.

Feyisa, born in the Oromia village of Jeldu, arrived to a warm welcome in Addis Ababa after living in exile with his wife and children in the United States since the competition. During that time he continued to advocate for the Oromo, including a meeting with the European Union in Brussels alongside longtime Oromo leader Merera Gudina who was arrested when he returned.

Merera became one of hundreds of detained Oromo political prisoners, a situation made more critical after the October 2016 Irreecha massacre, and Feyisa never returned because of concerns for his safety. That all changed when Prime Minister Abiy Ahmed, an Oromo himself, took office in April and was quick to implement reforms.

“You gave a global voice to the struggle,” said Jawar Mohammed, head of the U.S.-based Oromia Media Network (OMN), congratulating the athlete as he greeted him. “Your contribution was this success has been immeasurable!”

Foreign minister Workneh Gebeyehu also was among dignitaries to greet Feyisa, who returns to a country in rapid transition. The foreign minister announced Sunday a peace deal between Ethiopia and armed separatists with the Ogaden National Liberation Front. It was signed in Asmara, itself a product of Ethiopia’s thaw with Eritrea and an unthinkable development prior to Abiy’s tenure.

“This is a beginning of new chapter of peace and stability in Ethiopia, particularly in the Somali region,” the government said.