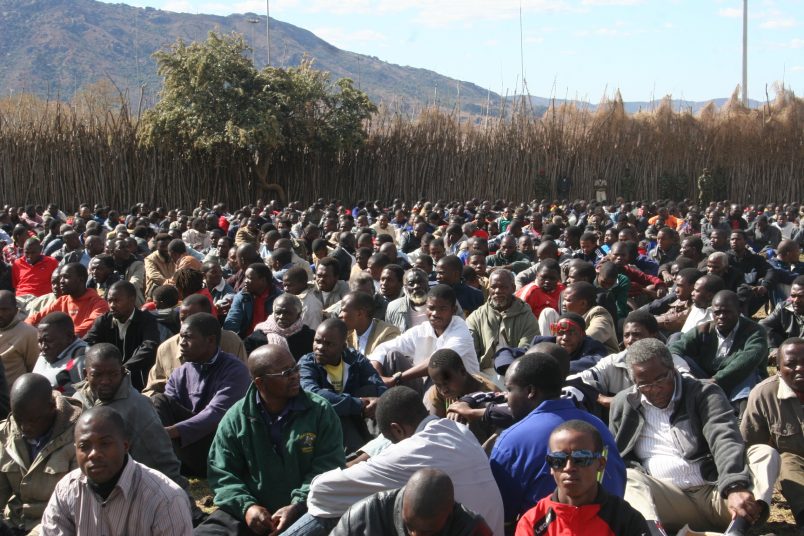 The Kingdom of eSwatini was abuzz Thursday as King Mswati III departed from historical precedent – at least on paper – and invited the southern African monarchy’s citizens to help choose a new prime minister.

The king began a traditional “people’s parliament” known as Sibaya, held at the Ludzidzini Royal Residence and expected to last through Saturday. It gathers citizens to discuss the country’s issues.

“On Saturday, I will give you the person who will be the prime minister, but I will be listening to your opinions and the decision I will take will be based on them,” King Mswati said. “I hope that even the people who hope to be the prime minister will also have an opportunity to make their own contributions.”

It’s the first time the king has used the Sibaya process to engage constituents in the selection process or invite qualified hopefuls to make their case, and many in eSwatini see it as a democratic advance. Others were quick to note that eSwatini remains an absolute monarchy that’s unlikely to change soon.

The new prime minister will be instrumental in implementing eSwatini’s Vision 2022 development plan, and work closely with a new parliament serving a concurrent term through 2023.

The prime minister will replace Sibusiso Barnabas Dlamini, who died last month in office at the age of 76. His death came shortly after the September parliamentary elections praised by King Mswati as this week’s Sibaya began, though voter participation remains an essentially ceremonial exercise in eSwatini.

That’s expected to be the case with the new prime minister selection too.