Home>Health>New fighting targets civilians in DRC's Ebola-hit region
By AT editor - 25 October 2018 at 2:11 am 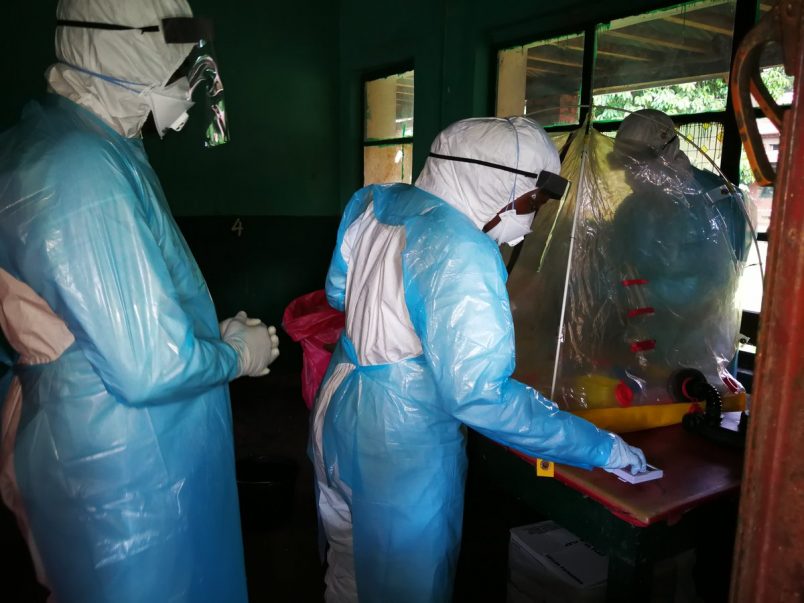 New fighting that broke out Wednesday night in the North Kivu province of Democratic Republic of Congo has sent civilians fleeing again in a region where authorities are struggling to contain a deadly Ebola outbreak.

This time the clashes between suspected Allied Democratic Forces (ADF) and Democratic Republic of Congo troops happened in Oicha, about 30 kilometers to the north of Beni. Local media accounts said there are people believed taken hostage, but there were no immediate reports of injuries or deaths.

It’s the latest attack in areas along the Uganda border where armed rebels have operated for years, but there presence is complicating an increasingly urgent response to the Ebola outbreak. At least 12 people were killed and others abducted from Beni at the weekend, which kept health workers inside for safety.

Dr. Peter Salama, an Australian epidemiologist serving as WHO Deputy Director-General for Emergency Preparedness and Response, has warned that the Ebola spread will be hard to stop if the violence continues.

At least one person has died from the virus in Oicha, while Beni remains at the epicenter of the outbreak. The Congolese Ministry of Health confirmed 74 fatalities there in its Wednesday update, accounting for nearly half of the 159 deaths to date. There are a total of 247 cases in 10 communities.

The Oicha incident comes as the World Health Organization issued its latest report on the outbreak, warning that security remains the biggest challenge to response in the North Kivu and Ituri provinces.