Home>News>Earthquake in Greece felt across the Mediterranean
By AT editor - 26 October 2018 at 3:22 am 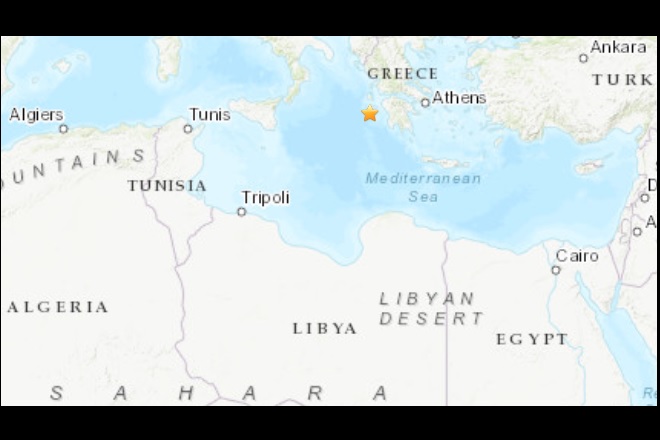 A strong earthquake struck the Ionian islands of western Greece early Friday, with people in at least eight countries saying they felt the shaking across southern Europe and North Africa.

The United States Geological Survey said the 6.8-magnitude earthquake hit just before 2 a.m. local time, about 33 kilometers from the resort village of Mouzaki on Zakynthos Island. There were no immediate reports of injuries, although structural damage and power outages were reported.

The earthquake was felt as far away as Egypt and Libya, according to reports logged by the USGS. Malta, as well as Italy and Albania were among other countries where people said they felt the shaking.

“Lower down the island lots of people felt it stronger than up the north of the island,” said one person in Mellieħa on Malta, among dozens who sent descriptions to the European-Mediterranean Seismological Center (EMSC). Others on the island said they were awakened by the shaking.

The shallow quake, at a depth of 14 kilometers, also prompted fears of a tsunami. A sea level monitoring station at Katakolo detected a small rise with the potential for local impacts but there did not appear to be evidence of wider tsunami waves.

A tsunami watch for Greece was issued through the official warning channel of the World Meteorological Organization, with advisories for Italy and Albania. An additional tsunami information alert was issued for Algeria, Egypt, Libya, Morocco and Tunisia along with other Mediterranean nations.