Home>Commentary>African leaders welcome Bolsonaro, but concerns over the 'new' Brazil
By Laureen Fagan - 30 October 2018 at 8:39 am 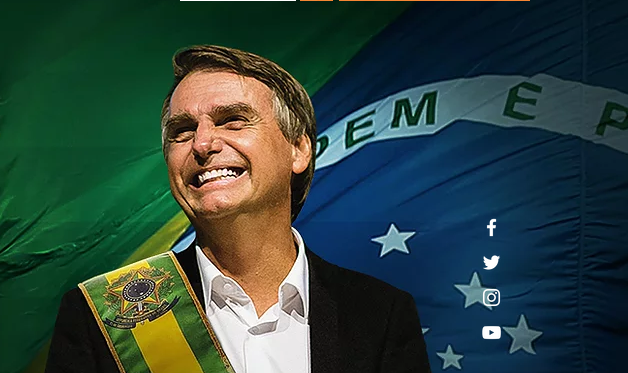 Among the first heads of state to congratulate Brazil’s president-elect Jair Bolsonaro on Monday was President João Lourenço of Angola, leader of one of the six Lusophone nations in Africa that share membership in the Portuguese-speaking community (CPLP) and its most influential.

Lourenço said he hopes the Bolsonaro victory will strengthen ties between the two nations, and deepen their cooperation on economic development and social progress. Meanwhile, the Brazilian ambassador to Angola, Paulino de Carvalho Neto, assured journalists that Bolsonaro would maintain Brazil’s strong business and investment commitments with Angola, which is currently home to some 5,000 Brazilians.

President Filipe Nyusi of Mozambique wasn’t far behind in congratulating Bolsonaro. “Your election is strong testimony to the confidence the Brazilian people have in their vision and skills to lead Brazil, at a time when it faces enormous challenges at national, regional and international levels,” he said in his statement.

That wasn’t what much of the world was saying about the election of the new Brazilian leader.

The Social Liberal Party candidate Bolsonaro won without doubt, securing 55 percent of the vote as Fernando Haddad of the Workers Party took just 45 percent in the second-round election. Yet there are real doubts about what Bolsonaro’s far-right leadership will mean for millions of Brazilians, for their South American neighbors like Venezuela, and for the wider international community that’s seeing yet another emerging economy meet with setbacks to democratic principles. For all the confidence of African leaders with ties to Brazil, there are doubts on Bolsonaro’s engagement with the continent too.

Much has been said about the 63-year-old’s rhetoric on Africa, including an oft-cited remark denying that the Portuguese colonized African nations. He expresses contempt for, among others, black Brazilians; it’s likely one of the reasons why, as in Viktor Orbán’s Hungary or Donald Trump’s United States, the frustrated and economically disenfranchised chose his message. Yet Brazil has a special relationship with the African continent that may not be a bond so easily broken.

Next month, the 6th Brazil Africa Forum will be held in the coastal city of Salvador. Some 80 percent of the population is of African descent there, and it was chosen in part because of its cultural ties to Africans. While Bolsonaro is offensive when speaking of women and minority groups, and even more violent on dealing with his political enemies and the Brazilian left, it’s premature to say Brazil will walk back entirely on Africa.

The continents are literally tethered now that the South African Cable System (SACS) linking Angola with Brazil has gone live. The connection between Luanda and Fortaleza creates a direct Internet pathway for Africa to the Americas without routing through North America or Europe, which represents a huge commercial victory for Angola Cables. It’s another cord, a symbol of the growing South-South cooperation between the continents, with Brazil as primary partner in a geopolitical trend that may be bigger than Bolsonaro.

Much might be said of Brazil’s role in BRICS too, which directly affects South Africa while indirectly affecting a global community that’s hoped for the best from emerging economies but has been disappointed – at least in the West – in their political leaders and their growth. Brazil is set to host the 2019 BRICS summit, following on Johannesburg’s turn this summer. South African President Cyril Ramaphosa, busy delivering a keynote address and meeting with Chancellor Angela Merkel at the G20 meeting in Germany, issued his congratulations to Bolsonaro through the foreign affairs department and noted the two nations’ shared commitments without much further comment.

Yet there’s plenty of speculation in India, for example, on what kind of organizational partner an authoritarian Brazil will be under new management. “He is also vocally pro-torture, wants to physically eliminate his rivals or throw them out of the country, give the police more powers to kill, put military leaders in top government positions, and allow every ‘honest citizen’ to have a gun,” wrote one New Delhi outlet.

One might wonder how that will play out in the BRICS scenario. Bolsonaro has vowed to fix a broken Brazilian economy and end the corruption scandals that put former president Luiz Inácio Lula da Silva in prison this year, a timely move just before the election cycle began. He’s promised to tighten up Brazil’s government structure, and that has some analysts thinking that he’s certain to cut back on embassies, and aid and investment particularly in Africa – where Lula had once made real progress.

Last year, Brazil had the fifth-largest diplomatic presence on the continent and at one time had achieved USD$28.4 billion in trade with Africa. Yet that was before the economic setbacks of recent years kicked in, and with Bolsonaro’s Trump-like emphasis on “Brazil First” he’s expected to pull back from African economic commitments as well as those with partners in South America or even top partner China. Yet for all the frightening rhetoric, it seems a stretch that Bolsonaro will reverse all of the South-South trends.

If there’s one area that should concern Africans – indeed, everyone on the planet – it’s climate change. Brazil and South Africa have partnered on climate projects and study before, and Brazil has worked closely with the United Nations, European Union and other international bodies on climate change.

But Bolsonaro’s economic vision means he is a friend to business interests, and less so the Amazon Forest and other environmental priorities. He’s no champion of human rights for those trying to defend ecosystems. So far, he denies that Brazil will leave the Paris Agreement on climate the same way that Trump and the U.S. did, but Africans should be watching Bolsonaro closely on this and other issues.