Home>News>Gabon's Bongo still hospitalized in Riyadh amid conflicting reports
By AT editor - 30 October 2018 at 2:58 am 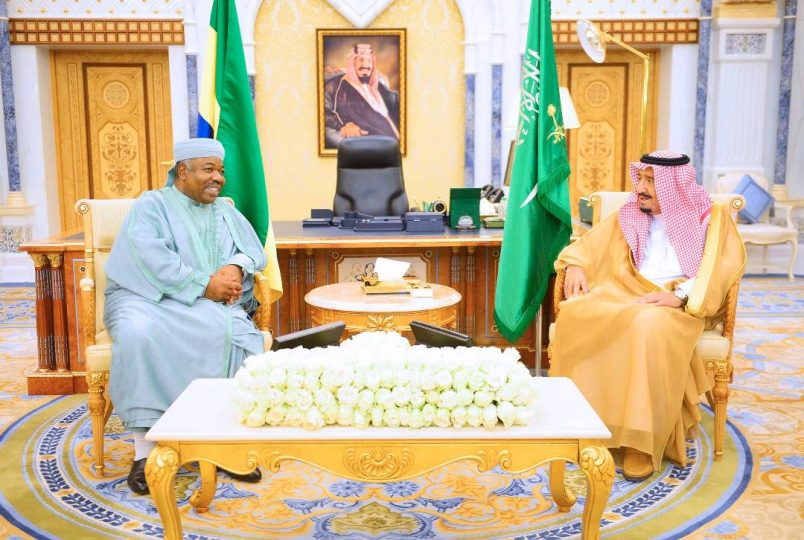 President Ali Bongo of Gabon remained hospitalized in Saudi Arabia on Monday, according to Al Jazeera news, but the reasons for his medical treatment are still unclear.

Gabon traveled to Riyadh last week to participate in the Future Investment Initiative that began on October 23, the “Davos in the Desert” event made internationally controversial by the disappearance of Saudi journalist Jamal Khashoggi three weeks before. Many expected to attend pulled out as a result.

Bongo went, and posted images of himself, above, meeting Saudi and Bahraini officials on Wednesday morning. He fell ill later that same day, according to the government of Gabon’s official account, and was taken to King Faisal hospital. Saudi Crown Prince Mohammed bin Salman visited Bongo there later in the day.

It’s at that point the stories begin to differ on the severity of Bongo’s illness. Gabonese spokesman Ike Ngouoni issued a statement late Sunday attributing Bongo’s condition to severe fatigue, the result of a strenuous diplomatic schedule requiring “intense activity in recent months” both at home and abroad.

Ngouoni condemned “fake news” in his briefing, since some reports of Bongo’s death were already making the rounds. Yet two sources – one diplomatic and one medical – tell Reuters that Bongo suffered a stroke in Saudi Arabia, an account that contradicts information from Gabon government sources.

The bitter 2016 election in Gabon returned President Ali Bongo to office for another seven-year term while also bringing violence to the streets of Libreville. His legitimacy remains disputed by Jean Ping and other opposition politicians, while a national dialogue was convened ahead of 2018 legislative elections. A second round of voting was held Saturday, with a strong showing from Bongo’s Gabonese Democratic Party.

The political opposition said Monday that it wants the country’s foreign minister to travel to Saudi Arabia immediately, and called for impartial Gabonese authorities to report any developments in Bongo’s health.