Home>Health>WHO pollution data shows sobering impacts on African children
By AT editor - 30 October 2018 at 3:52 am 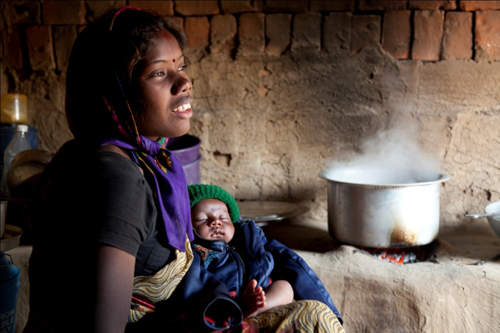 That’s according to a report released Monday by WHO that looks at the “silent killer” of air pollution across the globe. It comes ahead of an international conference on air pollution that kicks off in Geneva on Tuesday.

“Polluted air is poisoning millions of children and ruining their lives,” said Tedros Adhanom, the World Health Organization Director General. While that’s a global problem, the health consequences tied to particulate matter are much greater in the low and middle income countries of Africa and WHO’s Eastern Mediterranean region, which covers 21 countries including North and Horn of Africa states.

Across both regions, a stunning 100 percent of all kids younger than five are exposed to particulate matter above the PM2.5 cutoff, which is 10 µg/m3 for an annual mean and 25 µg/m3 for a 24-hour mean.

Across sub-Saharan Africa, much of the pollution comes from cooking fuels – a problem that affects 83 percent of low-income countries in the WHO African Region. About 3 billion people worldwide still use woods, charcoal or kerosene for cooking and heating, the WHO said. Children’s developing bodies are especially vulnerable to the impacts of air pollution both indoors and out, as well as contaminated soil.

“Burning these fuels in inefficient devices produces complex mixtures of contaminants. In dwellings with poor ventilation, emissions of fine particulate matter and other pollutants from stoves can reach 100 times the maximum exposure level recommended by WHO,” the health organization said.

To see the report summary, check this link. To keep up with events at the global conference in Geneva, where a live webcast is available beginning today, check here.