Home>Finance & Economics>Ramaphosa addresses G20 Africa summit hosted by Merkel
By AT editor - 31 October 2018 at 4:39 am 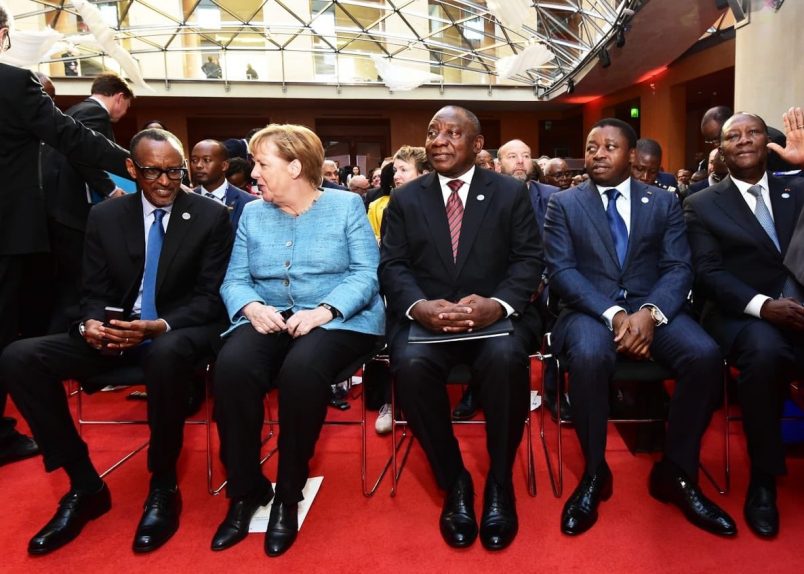 President Cyril Ramaphosa of South Africa was among leaders, including host German Chancellor Angela Merkel, who delivered keynote addresses to the G20 Investment Summit in Berlin on Tuesday.

It is designed to boost investment in Africa by deepening relationships between specific African nations and their G20 counterparts, through commitments to improve the investment climate at home and opportunities to seek investment abroad. Germany, for example, partners with Ghana, Togo and Tunisia.

The German government hopes to boost the private sector in Compact with Africa countries by putting €1 billion towards targeted initiatives that benefit German and African companies.

“It is significant that this initiative has been developed as a partnership, where each African country is able to define its own priorities and needs,” said Ramaphosa. “We applaud fellow African countries that are participating in this initiative, demonstrating the value of global cooperation and coordination towards an industrialized, prosperous Africa.”

The Compact with Africa success is demonstrated in a 2018 monitoring report issued jointly by the World Bank and the African Development Bank (AfDB). It finds increased foreign direct investment in participating African nations, even as overall FDI flows to the continent have decreased. The Compact countries account for 32 percent of all FDI in Africa in 2017, with Egypt and Morocco leading the way.