Home>News>Somali-American Omar becomes first to win U.S. Congress seat
By AT editor - 7 November 2018 at 5:55 am 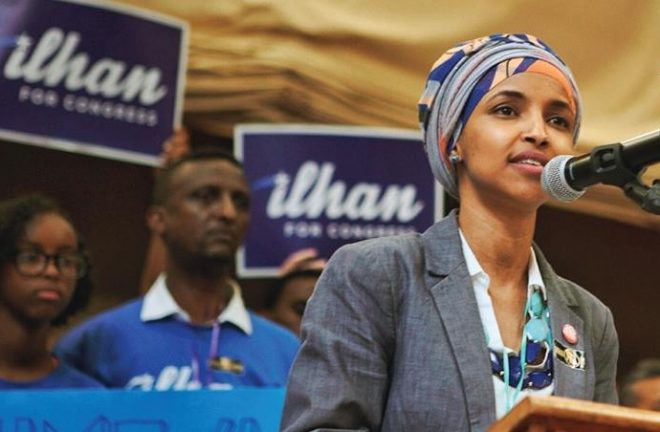 Somali-American Ilhan Omar has become one of two Muslim women who are the first to serve in the United States Congress, after easily winning her race in the state of Minnesota.

The Democrat Omar was declared winner of her U.S. House of Representatives race with 78.7 percent of the vote in her Minneapolis district. Her opponent, Republican Jennifer Zielinski, had 21.3 percent with 92 percent of the total vote counted. 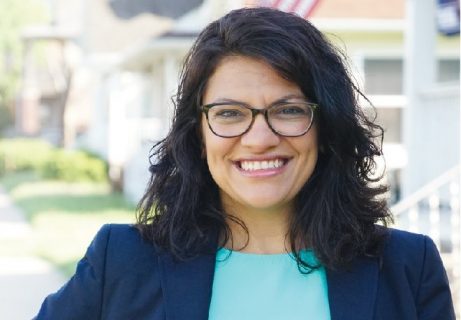 Omar was quick to thank her voters and team, while offering congratulations to the Muslim-American candidate from Detroit, Michigan, right, who is her newly elected counterpart.

“Congratulations to my sister Rashida Tlaib on your victory,” Omar said. “I cannot wait to serve with you, inshallah.” Tlaib, leading with 91.3 percent of the vote, was declared winner with just 43 percent of the vote counted in her race as her nearest challenger trailed at 5.8 percent.

Previously, Omar was the first Somali American Muslim woman to win a seat in her state legislature, and she did so  in a city with the greatest concentration of Somali immigrants in the United States.

Born in Somalia, Omar’s family left because of civil war in the early 1990’s and lived for four years in a refugee camp in Kenya before moving to the U.S. in 1997. She watched her grandfather serve as an interpreter for Minnesota’s Democratic-Farmer-Labor (DFL) party, and became interested in community and politics as a young teenager.

Omar is an advocate for East African women who want to step up into civic leadership roles. In addition to Somali immigrants, Minneapolis-St. Paul has a large Oromo population, among significant communities coming from Ethiopia, Kenya and other nations. Omar has a long history of public service and other achievements within the community, particularly in empowering women.