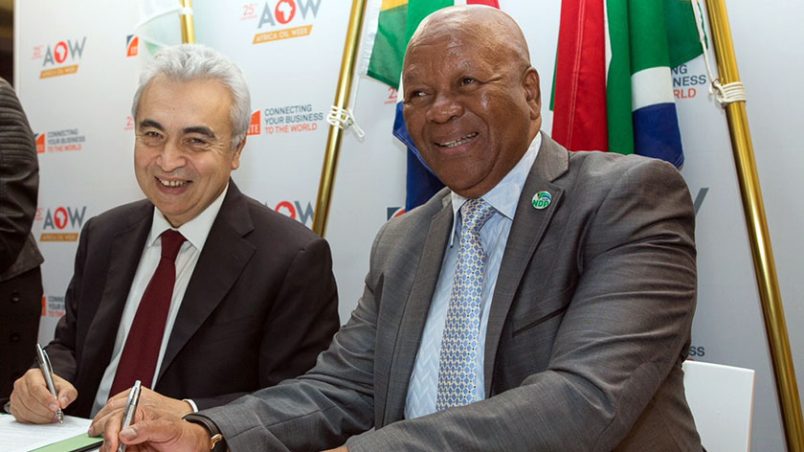 Africa Oil Week has wrapped up in South Africa, where the five-day energy conference was hosted by Cape Town.

This year, 17 government ministers attended, the event organizers said in a closing statement; they included ministers from Nigeria, Mali, The Gambia, Namibia and Sudan. Additionally, during the course of the event, more than 200 speakers took part in the conference and exhibition.

“Delegates from around the world exchanged thoughts and the latest insights taking place in Africa and the future of the oil and gas industry,” the Oil Week team said. “The conference also held sessions focusing on African production, exploration and future outlooks for the sector as well as the energy transition outlook to 2050, and how technology and finance are creating new options for gas.”

Among the biggest developments was the announcement that South Africa had joined the International Energy Agency (IEA). South Africa is the first sub-Saharan African country to do so, a development the IEA said is an important milestone for energy governance in Africa and globally.

“This decision places us at the center of the global energy forum with positive economic benefits for our country as we learn from IEA family members,” Radebe said.

South Africa’s decision follows a 2015 IEA commitment to attract more countries in the developing world, and to emphasize a clean energy transition. That’s meant an increase in member nations now at 30, with eight association countries, all representing nearly 75 percent of global energy consumption.